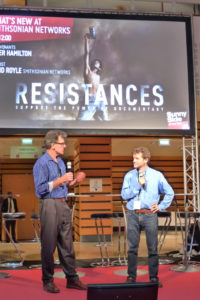 Peter leads workshops for documentary producers and network executives that focus on budgets, most recently at the Sorbonne University for a Colloquium of French documentary industry leaders.

He is the co-executive producer of THE SHOT FELT AROUND THE WORLD, a documentary about Jonas Salk and his polio vaccine that will premiere in 2013 on the Smithsonian Channel (US). The production budget for the film is included in his consulting package.

Peter Hamilton has authored several books that are valued by industry professionals and students, including the classic Off-Hollywood: The Making and Marketing of Independent Films. That study includes detailed line items about television production budgets for documentaries and reality programs, indeed for the entire unscripted category.

The firm’s consulting teams include senior associates who are experts in television production templates, and who are based in the United States, Europe, Asia and Australia.

Flight of the Butterflies ($US)