A brief message about Netflix from Keith Ochwat, founder of Show&Tell. He and I will be presenting a free webinar on Netflix on Thursday, 2/17 @ 1pm PT. I hope you’ll join us.

As filmmakers, we can’t even think about distribution without Netflix lingering too far from our minds.

I know this firsthand. For my last documentary film Age of Champions, I dreamt of a Netflix deal while I was still in production and tried for years to get one….then I ended up getting acquired.

The details? Only $61,000 of the $1,543,000 in revenue we raised with Age of Champions came from their global Netflix streaming deal, Kanopy deal, and all other distribution deals…combined. I gave way too much attention to getting a deal for what I got out of it.

Making a Netflix deal is a goal for many of us documentary filmmakers, but before you exert too much time and energy, you need to know the truth.

Hope to see you there!

Read about my ‘invaluable’ course on how to understand and pitch the streamers, recently updated with my partner Desktop Documentaries: 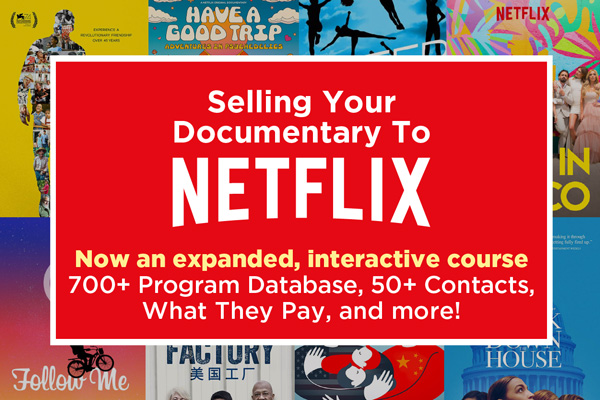