Which six U.S. channels in our Factual bucket gained or lost the most prime time viewers year-to-year through mid-2013 (%)? 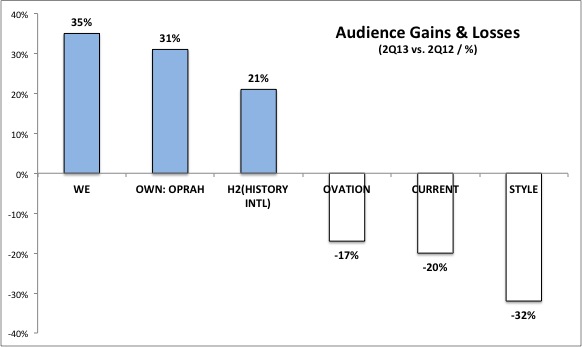 Our quarterly, high-level snapshot is prepared with the assistance of John Morse, president of leading research firm Byron Media.

The largest audience gainers in our sample are (‘000):

NOT SUCH GOOD NEWS!

For scale purposes, here are 2Q’13 prime time average audiences for a selection of channels that screen reality and docs (Viewers / ‘000)…