Are the channels still buying programs as we move into the Streaming Era?

And if the channels are buyers, what does Dan’s deeply-researched study of their program schedules tell us about what they want from their producers?

Dan dives into the Discovery Channel and Animal Planet schedules in today’s webinar.

It’s the first episode in a series produced by Pact, the UK producers’ association, in partnership with Documentary Business.

Here is his Discovery Channel schedule as featured in the webinar. Dan’s message is that “the color tells the story!” 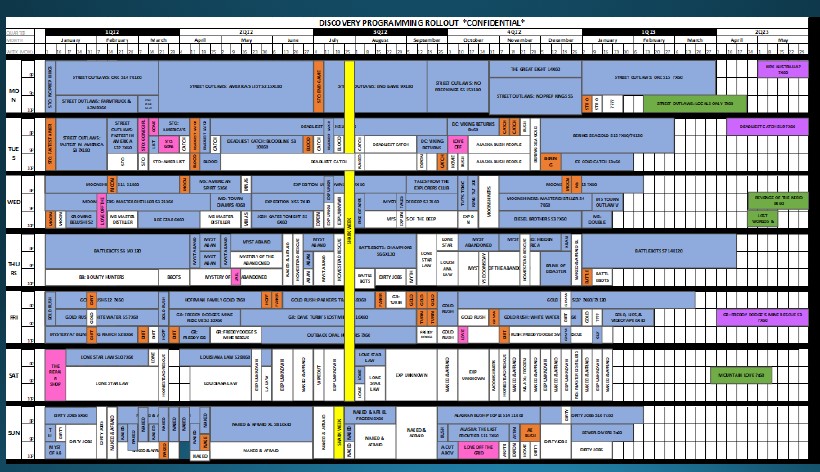 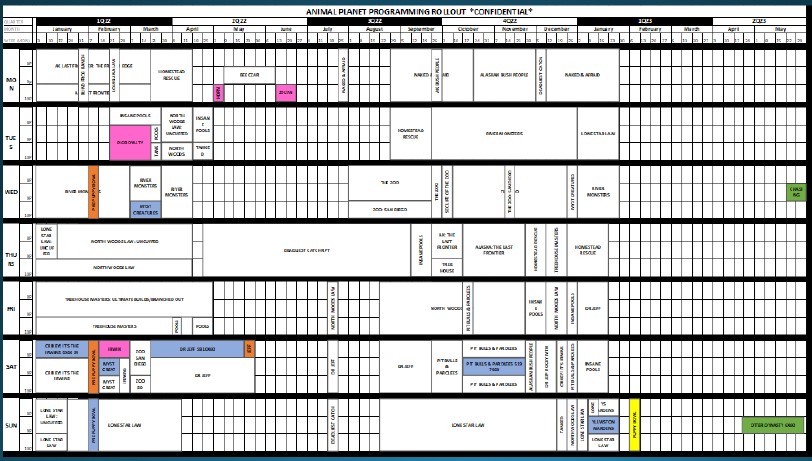 “Linear still matters!” That’s the theme of my upcoming Pact webinars with Dan on the channels’ programming strategies: