At last year’s buzzy World Congress of Science and Factual Producers in Montreal I decided to field a mini-survey.

I asked two questions about Gravity which was then raging at the world’s box office?

The delegates were leading producers and commissioners in the ‘content-rich’ or ‘authored’ field of television.

Here are the results: 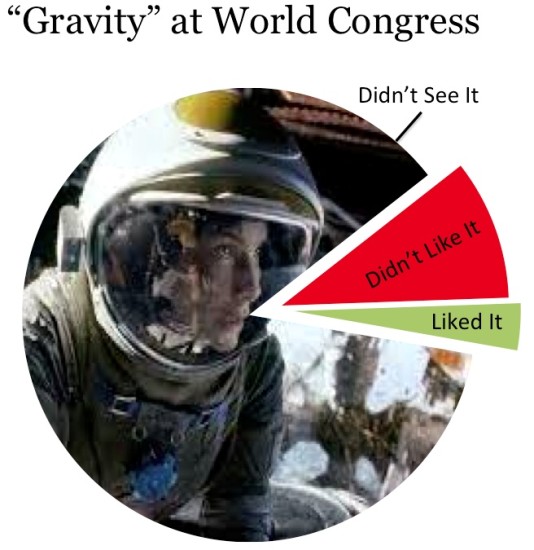 The producers lack of interest mystified me. 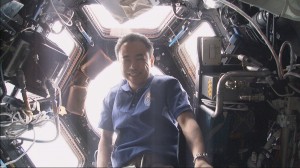 I read numerous reviews of Gravity that were written by astronauts from all around the world:

So why do I think that the world’s leading Science producers brushed off the opportunity to be inspired by the most successful ($700+ million worldwide) Science-infused, hit theatrical film of the century?

Particularly at a time when formerly specialist unscripted networks like History, Discovery and Nat Geo are charging into scripted territory that is compatible with their brands and audience profiles?

1.”Space doesn’t rate”
That’s been the conventional wisdom since the ‘Eighties, at least in the US.  But Cosmic Shore was a huge hit in Japan. And Nat Geo’s re-making of Cosmos is the network’s signature factual series for 2013.

2.”Not interested in the topic!”
But there was a packed session at Congress featuring Chris Hadfield, the charismatic Canadian astronaut and social media phenom.

Check out his classic nuts-in-space video (its just a few seconds long):

3.”Too busy!”
That’s a big factor. The demand for “curated” Science, Natural History, Ethnographic and even History specials and series has been undergoing a steady decline. Discovery, Animal Planet, Nat Geo and many other longtime US buyers have turned to character-based series. So ‘less work’ should free up time for the producers to dive into the popular culture? No! It seems to me that nowadays  producers in these fields have to do more of the work: develop, pitch, produce and deliver. And they do it for less money because the funds have been cut back for development.

5.”I’m OK anyway!”
There are many producers who keep busy doing it the old way. They enjoy European commissions from Arte and the public broadcasters, as well as copro relationships with Canada and other regulated territories. They hear that Gravity‘s science is questionable. So why bother?

6.”Don’t bother with the popular culture!”
In last week’s workshop with Ed Hersh for visiting Australian writers, we discussed how producers and creatives should strive to anticipate trends in order to deliver shows just as their popular culture themes break. Maybe the producers at Congress march to a different tune? They could be focused on breakthroughs in camera kit like robots and drones to create their unique stories. Or CGI?

7. “3D is a bomb!”
Yes. But look at Gravity‘s $700 Mn global box office. And Giant Screen/3D documentary films like Butterflies – profiled here recently in my case study – can still make big money at the box office.  There are projects that have the potential to follow the crossover television / museum cinema model.

MIPDoc
Totonto, April 5-6, 2014
Panel: How to Get the Funds: Co-pro’s and Foundations
Interview: Louis Vaudeville, CC&C Paris: The Apocalypse Franchise

AND, don’t miss Hot Docs in the Big TO.
April 24 – May 4, 2014
BTW, We just began to prepare with the Hot Docs team our hot-selling annual International Documentary Program Buyers’ Guide