We learned that our friend and partner Tim Sparke passed away on Wednesday after a long illness.

Our condolences to Vidya, Abigail and Oliver, and to Tim’s friends and family.

The funeral has now been confirmed for Friday 9th Sept at 1.30pm, at the Holy Trinity Church in Dorchester.   Tim’s family requested that any friends who wished to could make a donation to the Welmar Hospice Care Trust.

Here is a link to Barry Walsh’s thoughtful Realscreen obit.

Not long after his diagnosis, I wrote about Tim and the blessings of friendship and professional opportunity that are his lasting gifts to so many of us… 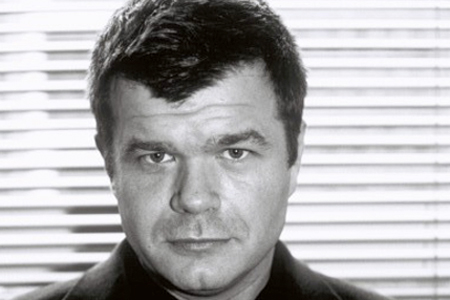 (July 30, 2014) Our very brave friend Tim Sparke wrote from London today that he is ‘fighting for life’ after surgery. He is out of recovery in intensive care, but his ‘prognosis not good.’

Tim was diagnosed with brain cancer a little more than two years ago. He and his young family have been in our thoughts and prayers ever since.

Tim has always been a fighter for the documentary genre: his Mercury Media distribution company worked tirelessly for individual docs and series, despite vanishing slots and rolling budget cutbacks.

He has been a wonderful companion on my journeys in the field: fiercely analytical of trends in the market, encouraging, generous with his contacts, and always up for finding the humor in any situation.

Tim had a most unusual education: he was schooled at London’s Westminster Cathedral Choir School. We both love the big choral works, a reminder that the business encounters that become great friendships are often built on our unexpected shared enthusiasms.

Tim became the distribution partner of my client Steeltown Entertainment for A Shot to Save the World.  He created an exciting vision for the film so that we could attract Bill Gates to come on board. Tim successfully negotiated our agreement with the Smithsonian Channel and the BBC, as well as deals with other platforms worldwide. Steeltown later dedicated A Shot to Tim.

Tim’s family will be thrilled to hear from his friends:

Vidya, wife of my friend Tim Sparke, let me know he passed away yesterday afternoon.  He waged a remarkable war for years against brain tumors and is now gone.

Hats off, Tim.  You worked to stay for your children and your wife and you went on longer than any of us would have dreamt that you could.  You would not give up.  I was changed by knowing you.  When I was remarkably low eleven years ago you did your best to raise my spirits and cause me to laugh.

You were a generous spirit.  Since you have been sick and I have been going to church, I have been lighting a candle for you and I will again this weekend, to celebrate the wonderful moments we had together, the generosity you gave me and the spirit you were in this world.