Remember that investors savaged Netflix, whose market cap has lost around two thirds of its its peak valuation.

This tracker tells the story:

Wall Street turned sour on Netflix for a cascade of factors including:

LightShed counters that Netflix enjoys an expanding audience per the key measure of Minutes Watched.

Notably, Netflix totally dominates its streaming competition, as you can see in this chart that tracks the streamers’ share of Minutes Watched in U.S. for the Top 10 programs during the recent Summer of ’22: 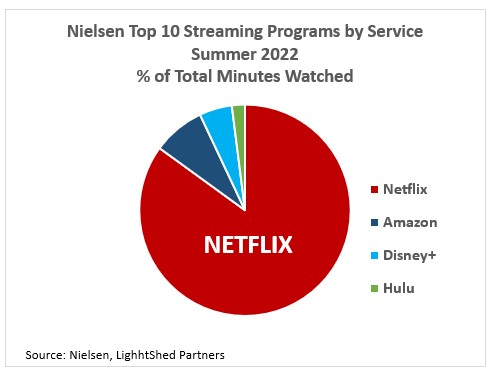