Momentum is building for the natural history filmmaking industry to play a role in global conservation.

Increasingly, producers and platforms are building conservation messages and sustainability practices into wildlife and nature content.

A great example of this is a new social responsibility initiative from Love Nature, called Love Nature Gives Back. It launched earlier this year and is incorporated in the global media brand’s recently announced series, Chasing The Rains (4 x 60; 4K & HDR).

First, a bit about Chasing The Rains: this original production offers a stunning look of one of the most majestic and rarely filmed areas in Africa and features wildlife that struggle to survive through dramatic cycles of drought and rainfall.

The series is produced by Maramedia for Love Nature and Sky Nature in association with ARTE France, and will launch on Love Nature’s linear and streaming platforms internationally in December. It will also premiere in March 2023 on Sky Nature in the UK and Italy as part of Love Nature and Sky’s expanded content partnership. In France and Germany, the series will premiere on ARTE. Blue Ant International oversees licensing and pre-sale opportunities in other available territories.

This epic four-part series has the benefit of being narrated by award-winning actor, Adjoa Andoh, who has won global acclaim as Lady Danbury in the smash hit Bridgerton, in which she was nominated for Outstanding Supporting Actress at the 2021 NAACP Image Awards. Andoh’s narration elevates the storytelling in the series. She engages audiences in the struggles of the animals on screen, drawing them into the drama of wild lives increasingly affected by the sensitive cycles of rain and our ever-changing climate.

Filmed beyond the jagged peaks of Mount Kenya, in the great rangelands of the north, the series begins at the end of the long rains. At this time of year river valleys, plains, and mountains are flushed with new growth. Water is the life-blood of this sprawling landscape and here, all life dances to the tune of the rains. Many months, or sometimes years, will pass before a drop of rain falls so all species learn to survive these droughts. But now the droughts are increasing in intensity caused by climate change.

Episodes follow elephant matriarchs leading their families to water while defending their young, wild dog packs as they return to their homelands, baboon troops patrolling the river banks, alliances of cheetahs as they hunt wildebeast together, and a brave cheetah mother pitted in an endless battle with marauding hyenas.

Another element that sets this series apart is the support that Love Nature is providing to a non-profit organization in Africa, called Save The Elephants, through its Love Nature Gives Back initiative. The recently launched initiative supports the conservation of wild animal species and habitats, as well as people working in conservation organizations, that are featured in Love Nature programming.

To support Save the Elephants, Love Nature Gives Back has created short films and a joint social media promotional campaign to help the organization solicit funding. To make the connection for audiences to engage with Save the Elephants, Love Nature has added a call-to-action during the show credits to drive audiences to a custom webpage with opportunities to donate. Love Nature Gives Back is also planning further potential engagement opportunities tied to this series. 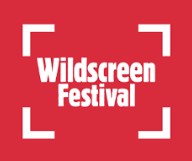 Meet us at Wildscreen

For those attending Wildscreen Festival in Bristol: 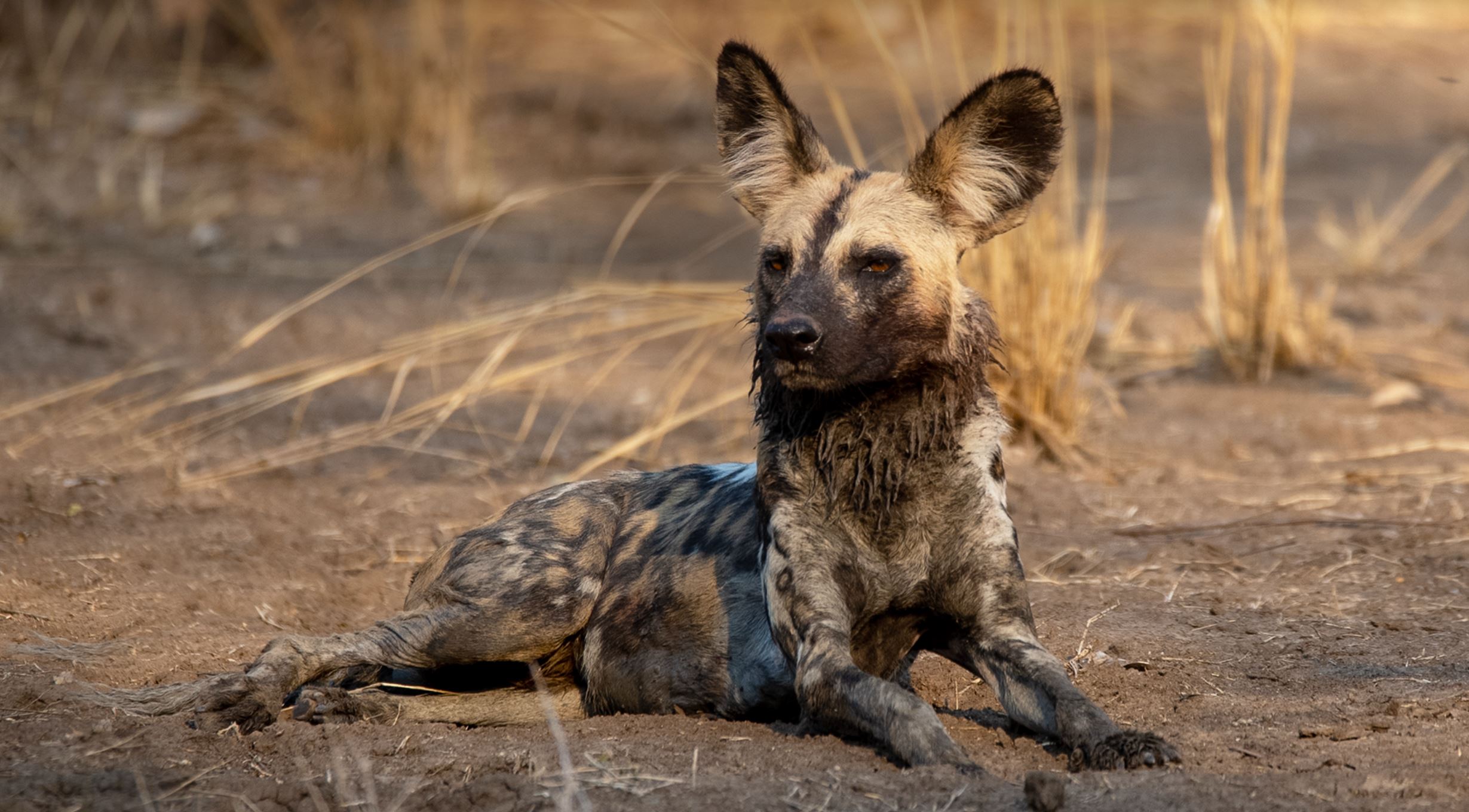 As the first ever cameraman to embed with the Zambian Carnivore Program, Julz takes audiences on a journey following three wild dog alpha females as they raise their pups. Witness how they hunt, how they communicate, how often they encounter predators and what this means for their survival during the difficult dry season.

The series is produced by Icon Films. 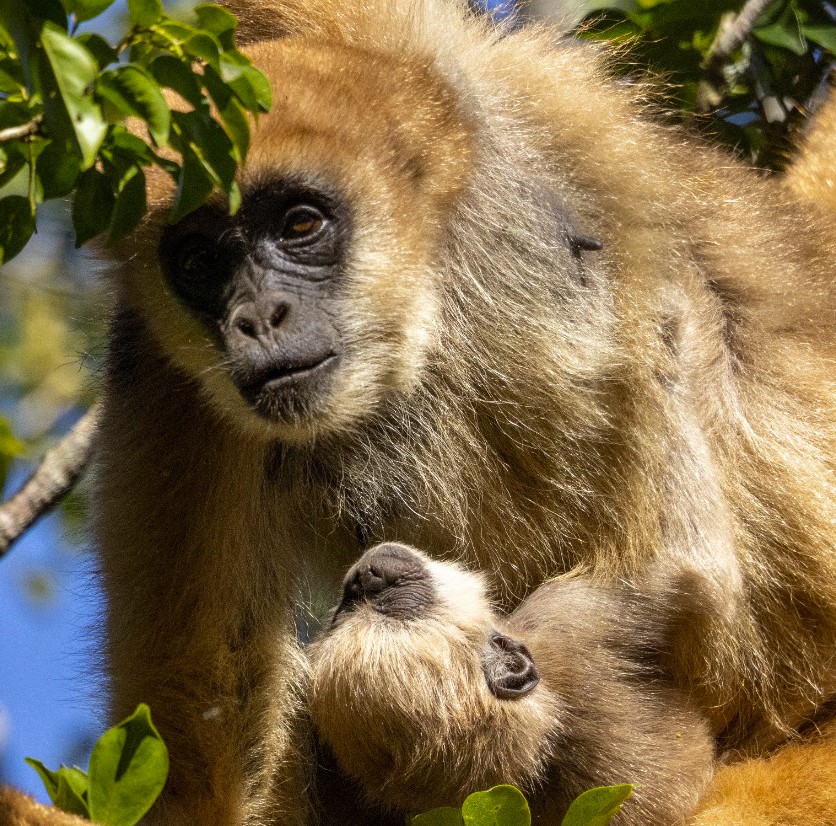 This series follows the first steps of the world’s wildest baby animals. Each episode follows one species, from birth and fragile first steps to a key moment in life. We follow a cheetah cub, lion-tailed macaque, wild-dog pup, lion cub, and capuchin. We watch as they learn how to overcome droughts, predators, hunger, even human encroachment, and use their instinct to survive. We see what life is really like for these youngsters during their very first experiences in the wild.

The series is produced by Off The Fence. 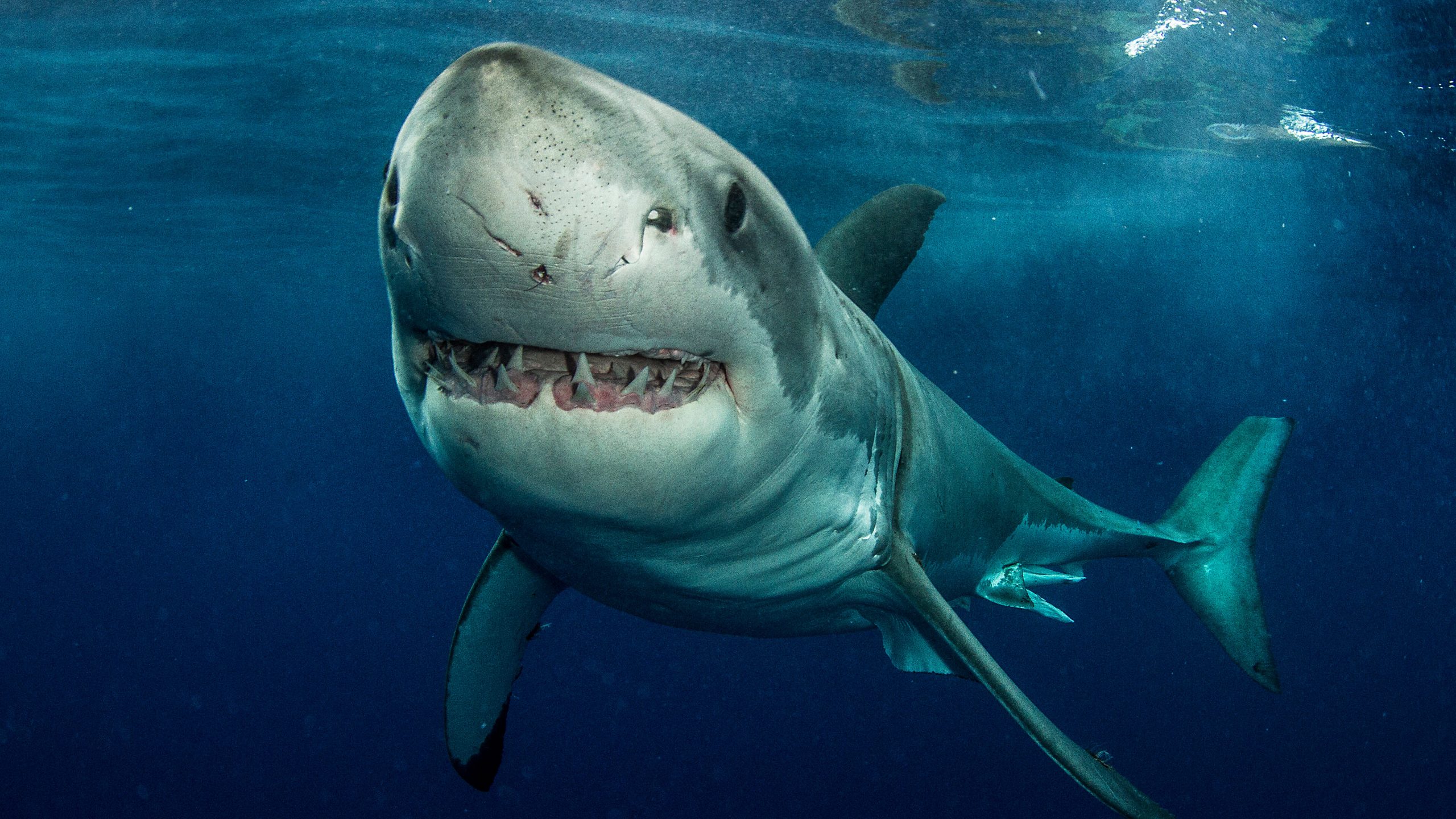 Planet Shark (3 x 60’; 4K & HDR). Shot in stunning 4K, this blue-chip docuseries reveals new scientific discoveries and incredible footage of one of the most fascinating hunters on the planet—sharks.

The series takes viewers on underwater expeditions with the world’s leading shark scientists, who use next generation tracking technologies to capture dramatic and surprising behavior. This technology will give audiences new perspectives and big-picture insights on how these animals live and why they reign supreme underwater. The series also reveals fascinating stories about sharks such as the incredible depths they reach, their ability to hunt in teams, and a blind species of shark who can live for up to 400 years. 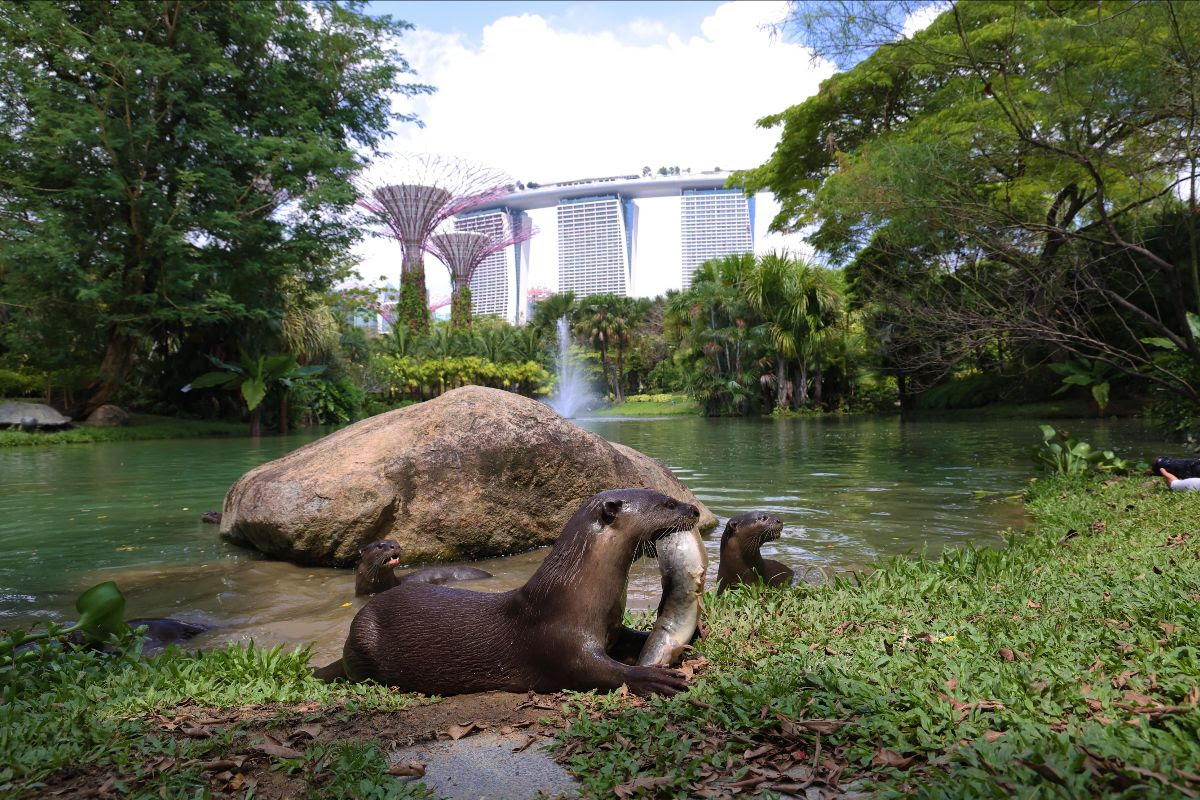 Uptown Otters (6 x 60’; 4K). Produced by Beach House Pictures, in association with Love Nature and Animal Planet, this series examines the urban wildlife story of three otter families in Singapore. The project follows this resilient species, which were once declared locally extinct from Singapore in the 1970s and now have made the ultimate comeback with 120 otters now vying for survival in the city’s Marina Bay.

Since their return from extinction, multiple otter families are now scattered across the island and just about every group is determined to reside in the prime real estate of Marina Bay. The catch? There’s only enough space in this key location for one dominant family to have access to the finest food, best shelter, and safest location to raise a family. In this urban wildlife story, audiences will be mesmerized as three urbanized otter clans make it their business to fight for their turn to be on top while continuing to adapt to their concrete jungle. 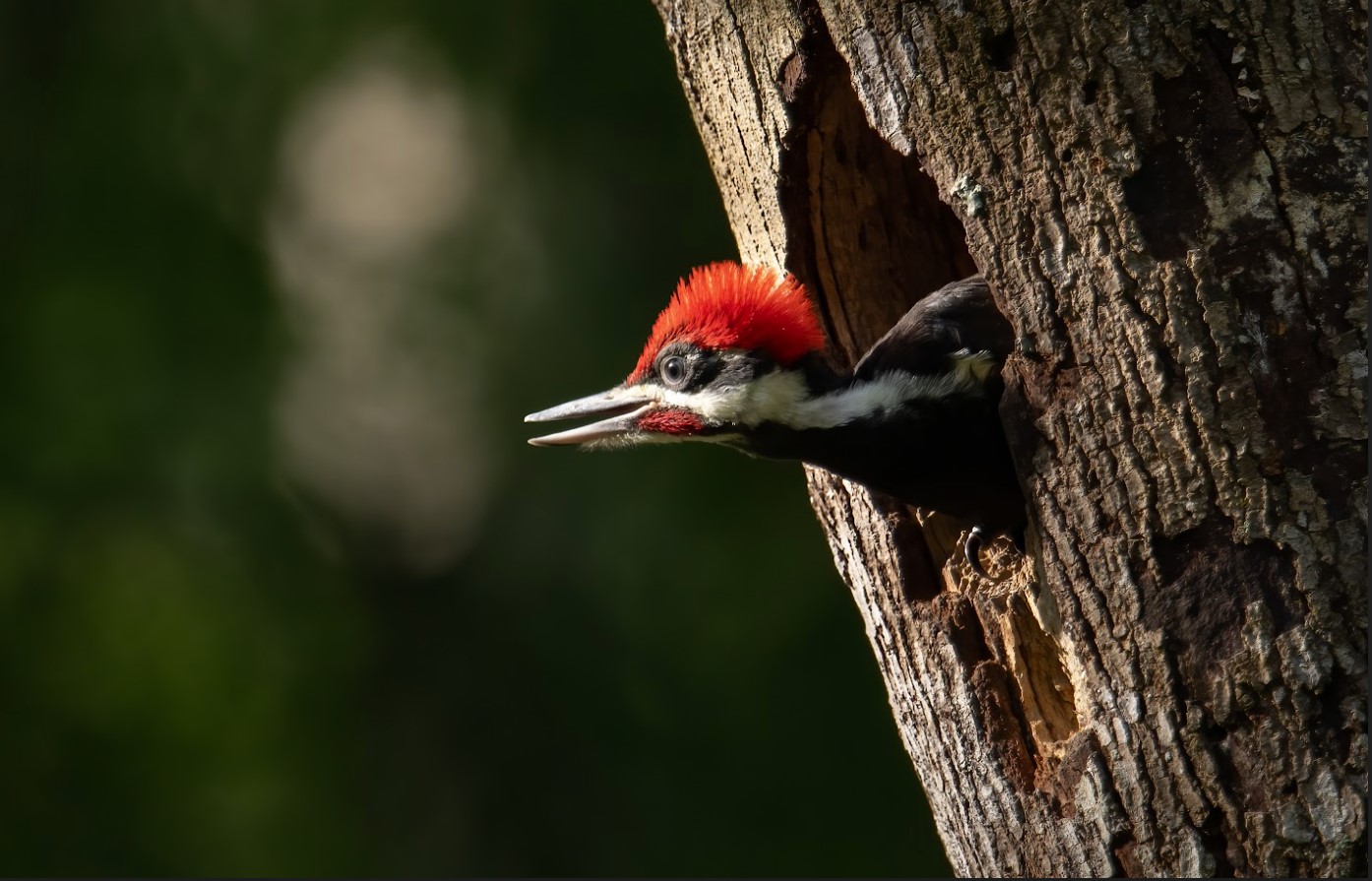 Woodpeckers: The Hole Story (1 x 60’; 4K & HDR). This special examines the incredible diversity and fascinating impact of the world’s 240+ species of woodpeckers.

Filmed in regions around the globe this documentary special follows the intimate stories of two very different woodpecker families as they raise their young, while tracking their unique evolutionary journey and the powerful role they play in every ecosystem they inhabit. Uniquely engineered for their particular lifestyles, some woodpeckers are sap drinkers, others live exclusively in forests ravaged by fire and some drill deep into the bark of decaying trees using their spear like tongue to fish insects from deep in the cambium.

The colorful species will also reveal the critical role woodpeckers play in enriching their environments by creating housing for other species, promoting and aiding decay and controlling destructive insects.