Here are my quick Takeaways before a summer getaway.

I will cover these issues and developments in greater detail in the coming months.

Here are the top shows for the nonfiction channels versus the top-rated factual program for each broadcast channel. 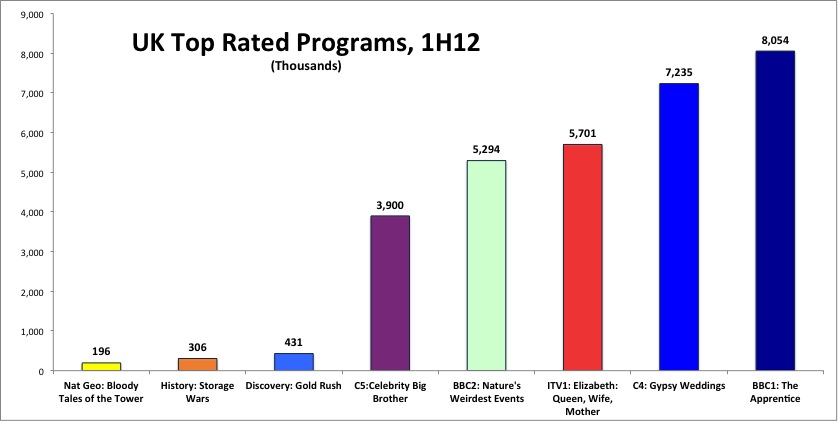 And here are the average ratings with year-to-year changes:

C&I is an A+E Network

Based on original interviews with broadcasters, funders and senior producers.