Last week marked a historic tipping point in the public’s ability to both use and respond to live video.

Facebook Live’s video stream of the immediate, devastating aftermath of a fatal shooting in Minnesota has either dominated or framed both the news cycle and the public conversation since.

We haven’t digested the implications of Facebook’s broadcast, but here are my very initial thoughts, plus links to three helpful articles. 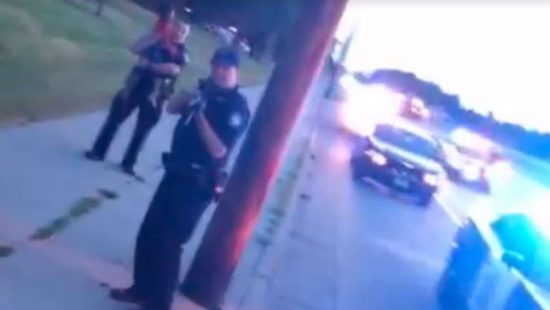 Providing viewers with a powerful live video experience is an increasingly important driver of loyalty to brands and platforms.

The shift to Live goes beyond breaking eyewitness news:

The streaming app Facebook Live that debuted early this year became a household name after the fatal shooting this week of Philando Castile by a Falcon Heights, Minn., police officer during a routine traffic stop.

The immediate aftermath of the shooting was not only filmed by Castile’s fiance, Diamond Reynolds — who was also in the car — but broadcast live via the Facebook app. Reynolds’s live stream showed Castile bleeding and lying motionless in the car while she, in a relatively calm fashion, asks the officer why he shot Castile and prays he isn’t dead.

The video has now been seen by more than 5.6 million users.

SAN FRANCISCO — Late Thursday evening, when sniper fire rang out across downtown Dallas, a bystander, Michael Kevin Bautista, used his smartphone to stream the events in real time on Facebook Live. Within the hour, CNN was rebroadcasting the footage.

The two real-time videos catapulted Facebook, in the span of 48 hours, into a spot as the prime forum for live events and breaking news. It is a position that the company has long jockeyed to be in as it seeks to keep its 1.65 billion members ever more engaged.

Live Streaming Breaks Through, and Cable News Has Much to Fear