The latest UK unscripted viewing data is always a pleasant surprise for this US-based viewer. 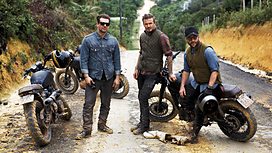