“The primary aim of NEWF is to create a path to conservation through film while discovering the next generation of Africa’s nature, environment and wildlife filmmakers.”

“We hope to become Africa’s premiere destination for the convergence of nature, environment, wildlife and adventure filmmakers, scientists, conservationists and broadcast media.”

“Importantly there is also a critical need for Africa to expose to the world the wealth of her stories, wonder and natural history in addition to its wildlife,  and as we try to develop and transform the industry in Africa we encourage that these stories are told from unique African perspectives by Africans.” 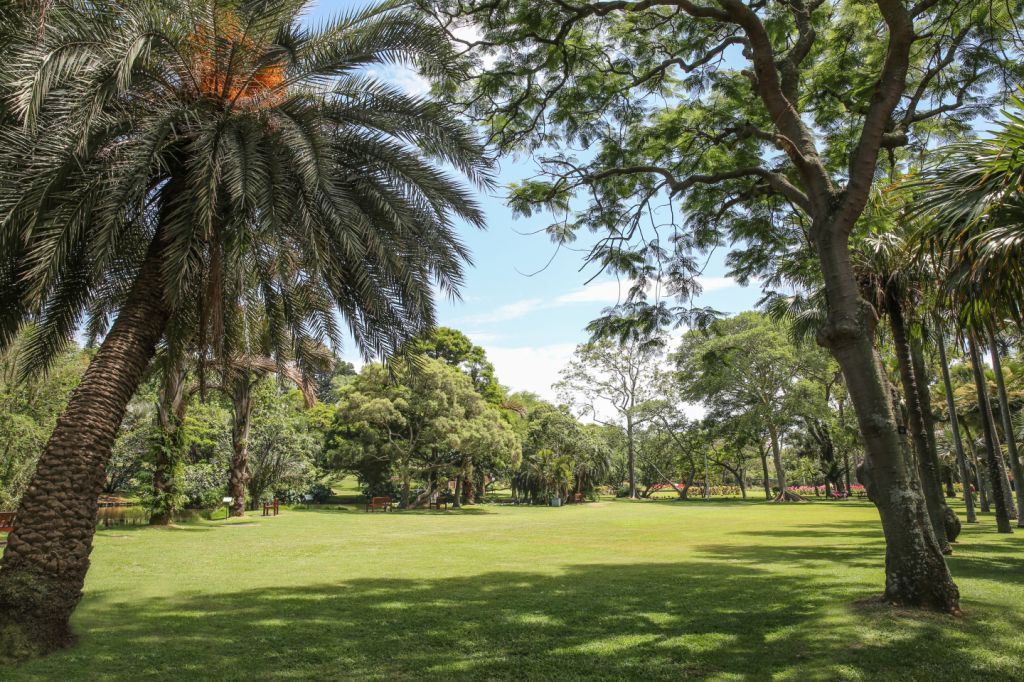 The program is rich with African scientists and conservationists as well as filmmakers. There’s a strong turn up of global delegates.

I’ve really enjoyed serving as an advisor to Noel and the NEWF team, and I’m looking forward to either seeing you in Durban or sharing the Takeaways of the program in my newsletter.

09:00  – 09:45 – Key Note – Dr. Paula Kahumbu
Dr. Paula Kahumbu is the CEO of Kenyan Conservation organization WildlifeDirect which spearheaded the hard-hitting Hands Off Our Elephants public awareness campaign to address the elephant poaching crisis by mobilizing the Kenyan public and leadership to action. Paula is a Kenyan conservationist with a PhD from Princeton University where she studied Ecology and Evolutionary Biology and conducted her field research on elephants in Kenya. Winner of the National Geographic Conservation Leader, a Nat Geo Explorer, winner of the Whitley Award and the Princeton in Africa Medal. She is the producer of 2 TV series, NTV Wild and NTV Wild Talk which brought wildlife to Kenyan audiences for the first time in decades and for the first time shone a light on Kenyan experts and conservation heroes as the narrators reaching audiences of 5 million per week which won her the Tribeca Disruptive Innovation Award in 2017. She is currently working on a new wildlife TV series for African audiences to bring wildlife closer to homes across the continent and allow people to connect to their wildlife and nature and inspire them to value and act to conserve it. Moderator:  Yolanda Mogatusi

09:50 – 10:35 – Under The Baobab Tree with Peter Hamilton Talking Trends
DocumentaryBusiness.com’s Peter Hamilton highlights key trends for 2018 and beyond in the factual content and natural history genre.  He talks on what’s hot, what people are watching, the latest viewership statistics and distribution platforms. Moderator:  Yolanda Mogatusi

10:40 – 11:20 – Case Study:  Becoming Visible. Janet Solomon and Dr Jennifer Olbers
Becoming Visible is a short multiscreen environmental documentary that explores the pressing issue of offshore oil and gas development off the South African coastline and its consequence to our marine life. It advances the theme of nature as political asset and questions the scripts of consumptive economics embedded in South Africa’s governmental approaches to environmental policy. The film focuses on a seismic survey off the east coast of RSA, which was extended into the whale migration season in July 2016. There were a number of unusual deepwater-mammal strandings during and after this survey. Becoming Visible investigates the risks posed by unilateral and indiscriminate traumatizing noise exposure from marine seismic surveys to many marine species, and the vulnerability of fishery-based livelihoods to these impacts. Moderator:  Jolynn Minnaar

11:25 – 12:05 – New Perspectives:  Nat Geo Storytelling  with Dustin Renwick
Dustin Renwick is the programme officer for storytelling grants at the National Geographic Society. He helps potential applicants shape project ideas, and he provides initial reviews for all storytelling grant submissions. Renwick previously served as the communication lead for the innovation team at the U.S. Environmental Protection Agency, where he helped coordinate citizen science initiatives across the federal government. Moderator: Takalani Mulaudzi

15:05- 15:55 – Beyond The Technical with Off The Fence’s Ludo Dufour
Off The Fence is the leading non – fiction company of global scale and reach, producing  and distributing exceptional  producing exceptional factual content. Ludo Dufour Managing Director Sales & Coproductions describes the processes from production financing strategies, exclusive distribution agreements and localising content services that are involved in making your project a success. In short what does it take to create a successful funding and distribution plan for your project?

16:45 – 17:30 –  Under The Baobab Tree: Impact Filmmaking Driving Social Change.
Hilary Sparrow, Lisa Samford, Dr. Paula Kahumbu.
Impact campaigns have become an integral part of the marketing and distribution strategies of a film.  Using a film to drive social change requires consistency of message and the ability to channel action.  We learn from the experts on how to extend the life of our films in order to create a path to conservation.  Moderator:  Jolynn Minnaar 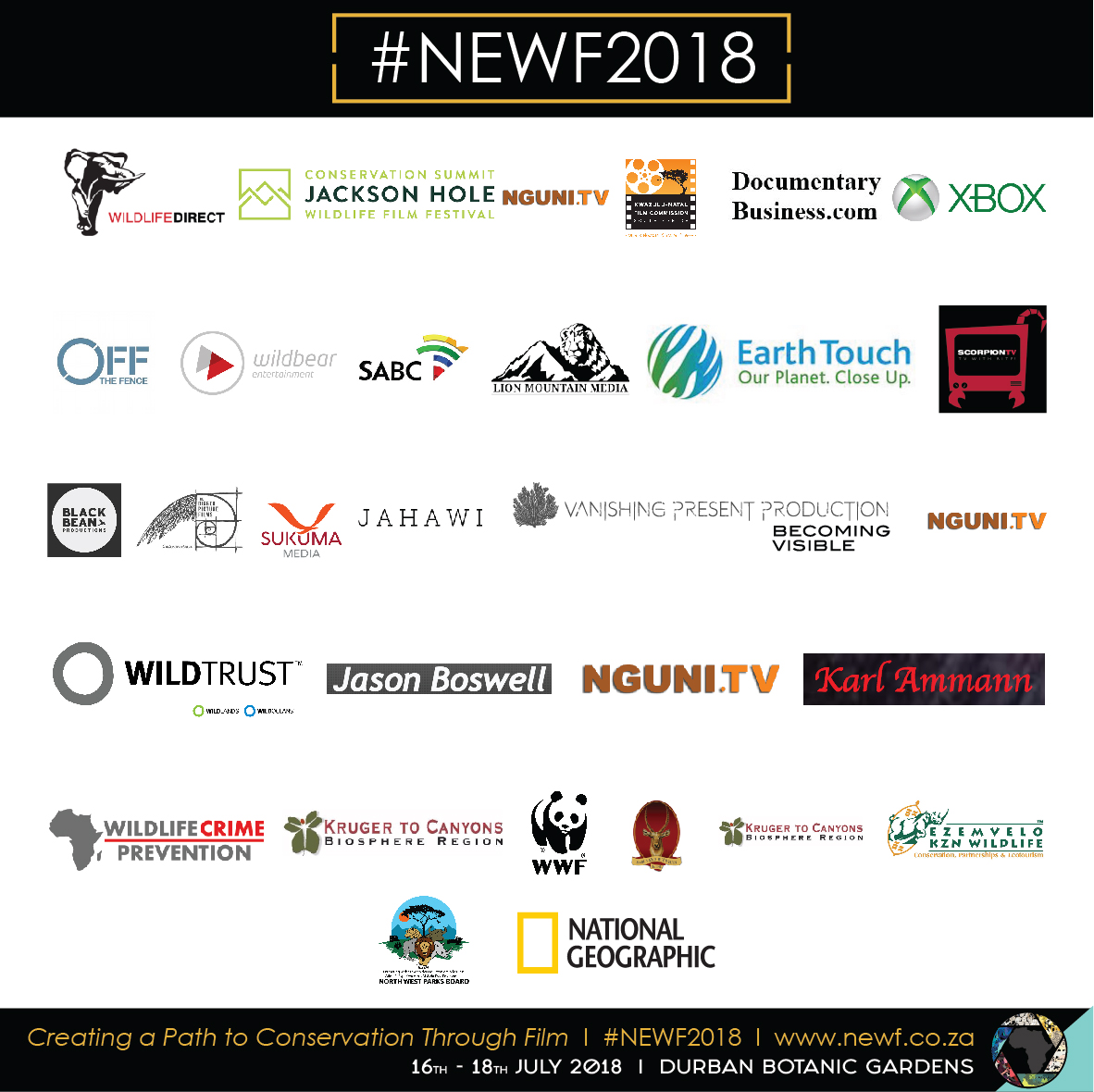 09:50 – 10:25 – Case Study:  SAFTA 12 Winner – King of the Mountain Baboon (2017)
Earth Touch: Graeme Duane, Julie King, Boris Von Schoenebeck
In Ethiopia’s highlands a kingdom is under threat. One male’s power is being challenged by a handsome young Turk. Braveheart’s coveted position at the head of his gelada family is under siege from the marauding bachelors and their leader, Tiko. He’s on the prowl for a family of his own, and he’s prepared to fight for it.  In this ancient family of girl power… May the best man win. Moderator:  Takalani Mulaudzi

11:20 – 12:05 –  New Perspectives:  What’s missing in the Rhino Story?
Images of slaughtered rhinos and elephants for their horns and ivory have over the past few years confronted us on the front pages of our newspapers and the TV screens in our homes – so much so that in despair we turn the page and switch the channel. We have rhino-fatigue. The devastating impacts on the species and the rangers dedicated to protect the species have received major media attention across the globe. But little attention is given to the impact the illegal wildlife trade has on the people who live with or around wildlife and affected protected areas, the same people with the potential to be champions for rhinos.  During this session, conservation practitioners, who work closely with Mozambican and South African communities affected by the illegal wildlife trade and the crime syndicates that drive it, share their thoughts, experiences and stories about the social impacts of the illegal wildlife trade and the role communities can and should play.

15:20 – 16:00 –  Under The Baobab Tree:  Exploring Africa’s Coast Line.
Jason Boswell, Jahawi Bertolli (Kenya), Moses Tau, Philippa Ehrlich
With approximately 30 500 kms of coastline Africa offers an abundance of marine life. South Africa alone boasts a number of world’s top diving spots such as Aliwal Shoal, Sodwana Bay and False Bay.  As filmmakers are we capitalising on this resource?  We explore the processes of underwater filmmaking, consider the barriers of entry for young African filmmakers and learn from the experts. Moderator:  Jolynn Minnaar

09:50 – 10:30 – Case Study:  Sisters of The Wilderness
(Invited Speakers: Karin Slater, Ronit Shapiro, The Ladies of the Wilderness)
Part wildlife documentary – the astonishing scenery, the immersive soundtrack – part pilgrimage, The film follows five young Zulu women on a journey of personal healing through the iMfolozi wilderness. Protected by a pair of rangers and overseen by a motherly guide, they learn about animal behaviour, their Zulu ancestry and the importance of conservation. At the same time, access to ancestral lands is called into question, and airtime is given to the open cast coal mining expanding along the park’s border and the massive toll of rhino poaching. Crucially, no solutions are offered; instead, the beautifully filmed wilderness is left to speak for itself. What is more astonishing is that director Karin Slater did it all… she carried all her equipment, shot and recorded the film in a week, and the only lights used were headlamps in the dark. Moderator: Jolynn Minnaar

12:10 – 13:00 – Under The Baobab Tree:  Restoring Africa’s Pride
(Invited Speakers: Luwi Nguluka (Wildlife Crime Prevention), African Parks, Somkhanda Game Reserve, Earth Touch, Black Bean)
Lions – Africa’s greatest asset and only competitive advantage against the rest of the world. Yet of all the conflicts between humans and wildlife, the most challenging involves the African Lion. The human population in Africa will double by 2050 hence there is an urgent need to understand this conflict, find lasting solutions, restore the pride in Africa’s Lions and celebrate their reign as the king of the jungle.   This panel session looks into how film and digital media is being used to promote and enable African lion conservation efforts. Moderator: Dr Andrew Venter

14:00 – 14:45 – Case Study:  Edge of Existence
(Invited Speakers: James Suter, Oli Caldow)
Black Bean Productions has set out to uncover the untold story of human wildlife conflict in Africa. The issue is becoming a serious threat to wildlife and conservation areas due to the increasing population and pressures on wilderness areas.  It also affects the livelihood of many people, on a daily basis.  It is an issue without a simple answer.  the documentary aims to tell the story of key characters on the ground, who face daily challenges in terms of living alongside Africa’s wildlife – we show it from their eyes and hear their point of view on the topic. Moderator: Jolynn Minnaar

14:50 – 15:20 – Drone Dilemma
(Invited Speaker: Mr B)
Drones are tipped to revolutionise the art of filmmaking but with concerns about safety & privacy, are they an accident waiting to happen? Moderator: Takalani Mulaudzi

The Nature, Environment and Wildlife Filmmakers Congress is funded by the National Film and Video Foundation, The KwaZulu-Natal Department of Economic Development, Tourism and Environment affairs, eThekwini Municipality, Parks and Recreation Unit and The KwaZulu-Natal Film Commission, and is made possible through various other sponsorships and partnerships.