The Communist Party’s anti-graft campaign has brought down another executive at China Central Television, the country’s state broadcaster, one who was responsible for a widely popular food show.

Liu Wen, director of the CCTV-9 documentary channel, was taken away by prosecutors on July 30, sources with knowledge of the matter said. The channel was responsible for the A Bite of China food documentary. 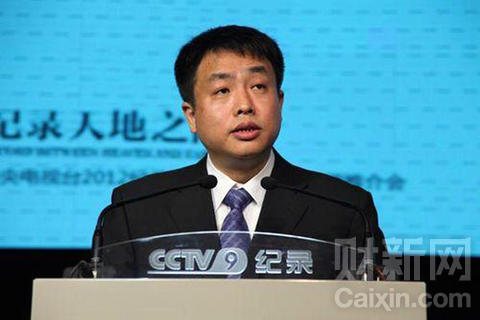 One source said an inquiry by the National Audit Office found Liu had “financial problems regarding the purchase of documentaries” from outside producers. The audit started in December.

He is also “suspected of exchanging favors related to soft ads” in popular programs, the source said, referring to product placement.

A former CCTV-9 employee said there were rumors Liu would be taken away, but he did not take them seriously. “When it happened I was surprised because compared with other channels, a documentary channel has less room for making money.”

Liu has been CCTV-9’s director since the channel was launched in January 2011. He said in an interview last year that the channel started making a profit in its second year, much sooner than expected, and that its revenue surpassed 200 million yuan in 2012.

Observers estimate the figure to be more than twice the amount last year partly because of ads in the sequel to A Bite of China.

Liu was born in the eastern province of Anhui and studied television at Beijing Broadcasting College, the predecessor to the Communication University of China. He joined CCTV’s overseas production center in 1991, rising to become its director.

Liu was the vice director of CCTV-4, a Chinese-language news program before taking his current position.

Another source close to the inquiry said investigators recently asked the Chinese arm of Singapore-based luxury retailer Da Vinci Furniture to submit materials related to accusations made by a CCTV program in 2011 that it was defrauding customers.

The report, first aired by CCTV News Channel, said Da Vinci exported Chinese-made furniture to Italy and then shipped it back to China as premium Italian brands. The firm denied the allegations and said the CCTV reporter behind the program tried to blackmail the company.

Da Vinci said it had reported the case to party’s discipline inspection unit in CCTV, but received no response.