The 18,000-member D-Word documentary community is hosting my online conversation on the topic : Dealing with Netflix: What you need to know NOW!

Here is how host Doug Block set up the conversation:

In the current documentary landscape, Netflix is the giant elephant in the room, and everyone else — be it filmmaker, broadcaster, distributor or streaming rival like Apple, Amazon and Facebook — has to deal with it.

As doc filmmakers, it’s incumbent on us to do our homework and be as current as possible. That’s why we’re so fortunate to have Peter Hamilton, a veteran documentary business consultant who has written the ultimate guide to Netflix, join us this week to be our personal GPS and lead us through the confusing and ever-changing terrain of Netflix and their rivals. 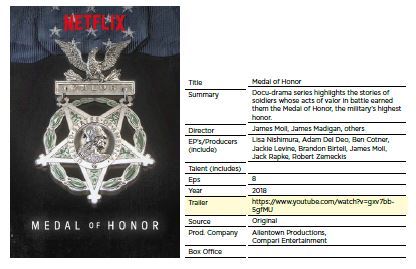 The D-Word began in 1996 as a series of online journal entries by filmmaker Doug Block depicting the joy and angst of making and selling his feature documentary, Home Page. It was meant to inform, inspire, humor and depress the hell out of working or aspiring documentary filmmakers, or anyone else interested in the filmmaking process, for that matter.

After Home Page went into distribution in 1999, The D-Word evolved into a virtual community and its focus shifted to hosting free discussions on documentary film and production, as well as all other matters in life as seen from a “D-Worder’s” perspective.

Now everyone could inform, inspire, humor and depress the hell out of each other!

Since that time, entirely through word-of-mouth, The D-Word has grown to become the pre-eminent online community for documentary filmmakers, currently numbering more than 18,000 members from 135 countries.