Just how valuable is the US nonfiction channel sector?

AJ didn’t pay half a billion for Current’s meager audience, but for its reach:

In its efforts to gain a foothold in the US, AJ had long struggled against two forces:

The acquisition of Current gives AJ a US platform and a desirable annual revenue stream of $70+/- million, based on a monthly affiliate fee of 10+/- cents per subscriber.

The Current acquisition demonstrates the enormous premium that channels can earn from their strategic position.

That brings me back to the “scale” question: What is the value of the US factual or nonfiction channel sector?

Here are some useful pieces of information that help assemble the mosaic:

I’ll refine these estimates in the coming months.

In the meantime, $110Bn is a credible preliminary estimate of the total enterprise value of US factual channels.

And outside the US…

For a global valuation, add Canada’s flourishing and wisely-regulated multichannel sector, SKY’s factual channels, Planete and other European channels, plus emerging regional networks in China and elsewhere in Asia, and more.

Please email your own Takeaways on the global valuation of the nonfiction channel sector. I would welcome your feedback!

(This post is dedicated to Jerry Glover, our partner on the Travel UK plan and launch, and who is still dearly missed.) 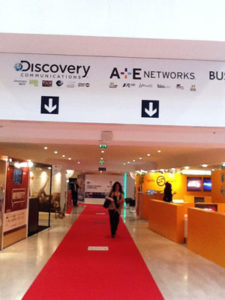 How Do Networks Evaluate Pitches?

In this step-by-step guide, commissioners speak about how they receive, process and approve pitches. This session analyses the entire commissioning process, from concept to green light.  Find out:

Our world renowned international co-financing event returns for the 14th edition, showcasing the best project from around the world to a roundtable of key international buyers and international observers. Couple of great alumni from past Hot Docs Forum, How to Survive a Plague, The House I Live In, Waltz with Bashir, The Corporation – just to name a few.