This week, to mark the 10th anniversary of the launch of my newsletter, I’m stepping outside my business focus to explore a very unsettling topic:

My podcast guests are MARJAN SAFINIA, an award-winning Iranian documentary filmmaker based in LA.  Until 2018, Marj served as Board President of the IDA – the International Documentary Association.

DOUG BLOCK is a veteran, NYC-based producer-director, and founder and co-host of the D-Word, the world’s foremost online community for documentary professionals.

It was the off-the-charts response to the D-Word‘s recent coverage of the mental stresses of working in the documentary genre that motivated me to invite Marj and Doug to join me for this pod-versation. 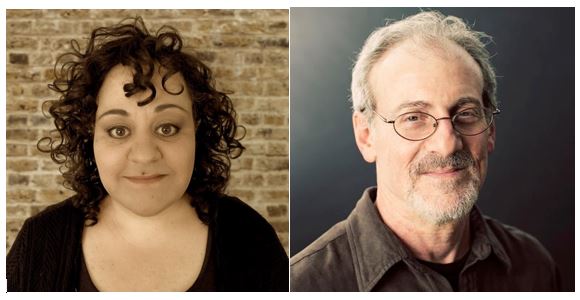 Marjan Safinia‘s films examine issues of identity, community and social justice. Her work has been supported by IDA Enterprise Fund and Sundance Institute, and she is a Sundance Catalyst Fellow. She is a co-host of the D-Word online documentary community. Read about Marj here.

Doug Block is a veteran, NYC-based producer-director who is internationally recognized as a master of the personal documentary form (51 Birch Street, The Kids Grow Up, 112 Weddings). Join the D-Word and read about Doug here.

Realscreen’s Barry Walsh on the Looking Glass study: “There is a mental health crisis within the UK film and TV industry:

Based on a survey of more than 9,000 industry professionals, “workers within the UK film and television community are twice as likely to experience anxiety compared to the national average, and workers are three times more likely to have self-harmed compared to the national average. Perhaps most troubling — over half of the workers surveyed have considered taking their own life, compared to a rate of one-fifth nationally, and one in 10 have attempted to do so.