The PBS/NGCI documentary The Fidel Castro Tapes caught our attention with its compelling and unseen footage of the Cuban revolution and the Cold War drama that followed.

We wondered about the challenges of creating an archive-based film about an 88-year old Spanish-speaking personality who can be dangerously controversial, and who is the founding father of a government whose people are still blockaded by the US.

Castro‘s producer Tom Jennings earned a Peabody with the Smithsonian Channel for MLK: The Assassination Tapes. We covered in depth his ‘no narration, no interview’ approach at last year’s MIPDOC.

Here is our Fidel Case Study in which we explore with Tom my favorite genre, archive-based History. Our coverage of the archive is sponsored by ITN Source.

We asked Tom to describe his ‘Big 5’ challenges: 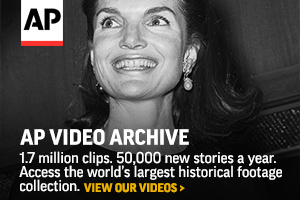 The entire process from first meeting with NGCI to Delivery was 18+/- months.

And More on Archive-based History

We have researched and published several detailed Case Studies, from development  through funding and production to delivery, including: