But should a small- to mid-size nonfiction producer sign up for a costly round-trip to the Cannes market?

Earlier this summer at WESTDOC, LA-based producer Tom Jennings spoke up at my sold-out workshop with Stephen Harris.

Tom Jennings has produced more than 400 hours of content-driven specials and series:

Why Go to Cannes?

Earlier this week we chatted with Tom about his decision to invest in his trip to Cannes and also to assess the outcomes.

Tom says that the results far exceeded his expectations. Here are his Takeaways: 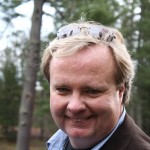 The Impact Media Summit brings together the world’s best program makers to share their insights on the year’s significant events affecting programming, while also looking forward to future trends in history, archives, and investigative and social issue programming.

Impact attracts producers and broadcasters from over 20 countries who are actively pursuing partnerships.

Impact Media Summit is offering to offer a discounted rate of $649. Register before November 30 to save with the promo code: DOCUTV