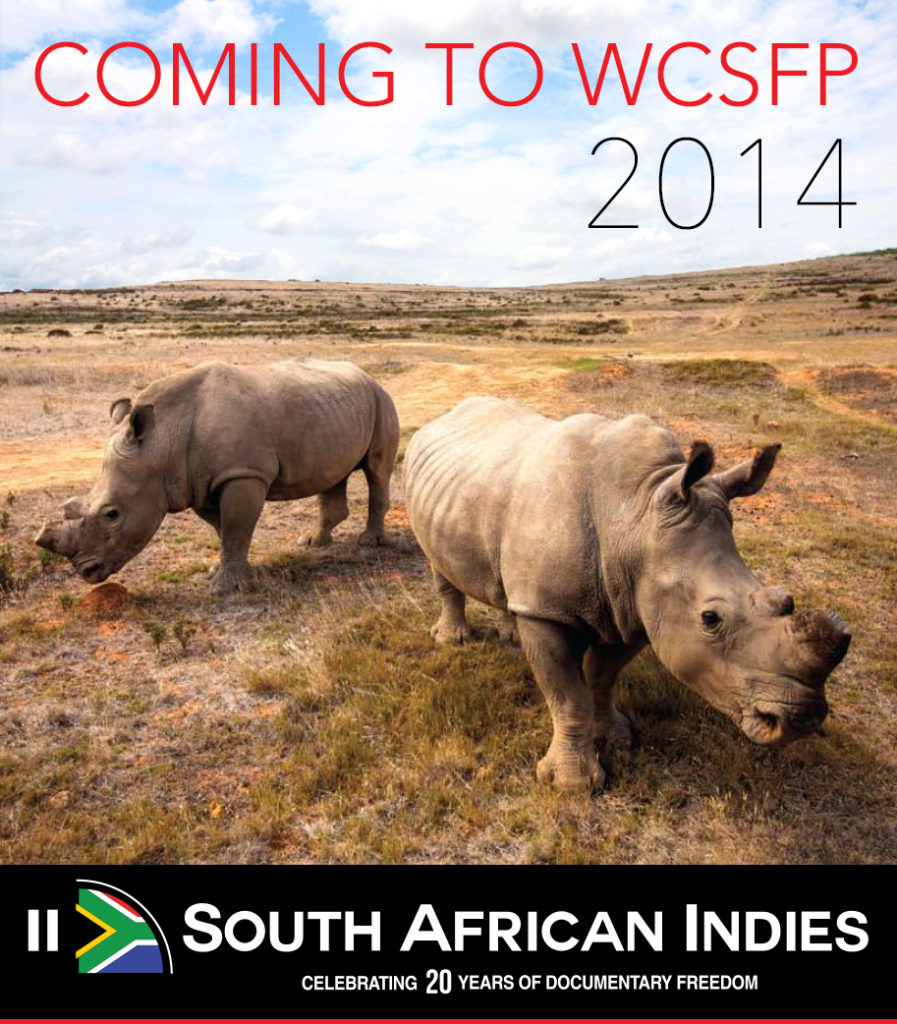 The effort is funded by the RSA Department of Trade & Industry, and supported by the Gauteng provincial film commission.

The filmmakers are excited about joining the WCSFP member community. 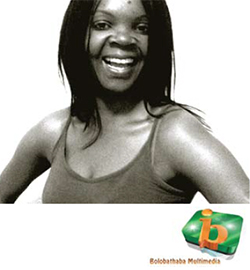 Molatelo Mainetje is an award-winning television news producer, a video journalist and a documentary filmmaker. She’s been in the television and film industry for the past 13 years and in business actively from 2003. She worked for various local and international broadcasters; South African Broadcasting Corporation, eNews Channel Africa and Australian Broadcasting Corporation and currently working as a correspondent for a Dutch broadcaster, Metropolis TV. Molatelo is multi-skilled; she’s a camera operator, writer, producer, director and video editor. She has produced several films and documentaries and films,some filmed in several African countries, including Swaziland, Sudan, Rwanda, Zimbabwe and Zambia. 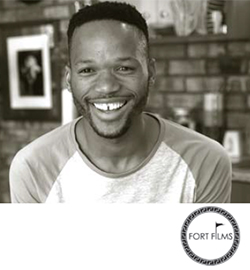 After directing a few plays as community work, Nqaba began to develop concepts for film and television. These activities led to building relationships with a number of film companies in Johannesburg.He just completed work as an Insert Producer for a music show called Sunday Chillaz as well as Director on a Documentary Series called In Conversation ‘Making Cents’, currently in Post Production. His previous work includes shows such as The Money Drop for Endemol South Africa and I Am A Work Of Art. He has recently directed and produced a comedy DVD for one of South Africa’s most promising comedians. 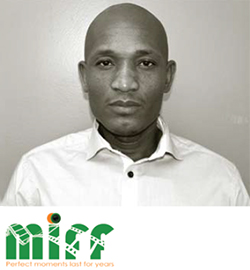 Sifiso Nkosinathi Nobela was born and raised by a single mother and Graduated in India receiving an International Diploma In Film Direction with A+, His achievement made him one of the most influential industry developers in Mpumalanga, Founder and CEO of the Mpumalanga International Film Festival. Has worked on Music Vides, Short Films, Documentaries and PSA. He is also a Film and Video Consultant in Mpumalanga, Where Mpumalanga Government consults from Him for all film and Video development, also he is in the Development stage of the Provincial film office working with Peter Hamilton. His career is vast and inspired by Peter Hamilton. He is currently developing a series about human kind and nature. 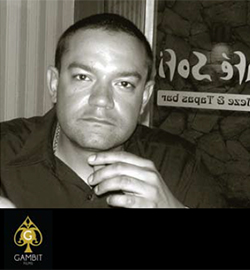 Benjamin Overmeyer hails over 10 years experience in the television, film and radio industry with his roots going back to radio. As a production coordinator, he was one of the key parties involved in the early days of the now popular music channel, CHANNEL O. His experience at various levels of film and television production brought him to take on productions such as HOME AFFAIRS, THE LAB, HARD COPY, and ZONE 14 amongst many others. With a bachelor’s degree in Film and Media Production from UCT, Ben joined GAMBIT FILMS to become the new Head of Production and Operations Manager where he has since produced documentaries and commercials; worked as a fixer for the BBC and is currently in development with a slate of feature films with the National Film and Video Foundation. 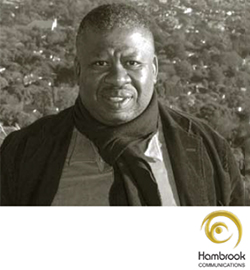 Joseph Oesi is a veteran, award winning South African TV news journalist whose work on the African continent has appeared across the world especially in Europe and North America. Although he is essentially a television journalist and producer by trade, Oesi chose at a very early stage to focus on his first passion – namely telling stories through televisual/multi-media devices. Accordingly, the bulk of his published work is narrated through the video camera in the form of films and documentaries. In a career spanning three decades, he has produced documentaries in French and English language on African sports and politics for major TV networks. With his vast experience it was only natural that Oesi would want to tell African stories, gathered over the many years he spent traveling around the continent. 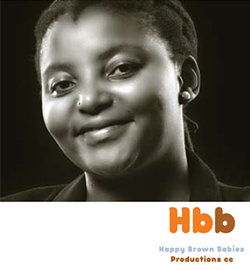 Tshego is a news, documentary film and television Producer with extensive writing and research experience. She has associate produced a US South African co-production short film, Gargoyle, which was short-listed at various international festivals and nominated for a SAFTA. She has produced WDR’s popular German children’s documentary “Sendung mit der Maus” South African special, which went on to win the Erich-Kästner-Preis for exceptional German television. She works mostly producing and writing documentaries, currently on a feature in development about the plight of South African widows, supported by the National Film and Video Foundation. Her latest documentary, Prisoner 467/64, has been chosen to premiere at Africa in Motion Film Festival in Glasgow, Scotland. 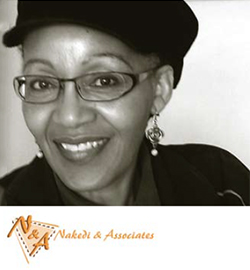 Nakedi Ribane is a South African actress, author, former model, fashion and beauty editor, best known for hosting the SABC2 talk show Motswako – The Mix. She is better known to international audiences for her role as Nyasa Mathiba in the teen adventure series African Skies, which aired in the USA from 1992-1994. She starred as matriarch Nomsa Mthetho in the Mzansi Magic telenovela Inkaba, from 2012-2013. Nakedi has also acted in the feature films Waati (1995) and The Long Run (2000), among others. In theatre, she won the 2002 FNB Best Supporting Actress award for her role as Noria in an adaptation of Zakes Mda’s novel Ways of Dying. 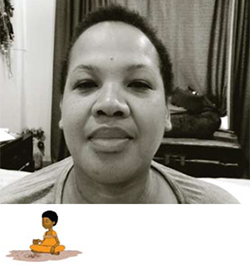 Xoliswa is a producer / director who makes films mainly about women and children focusing on justice, human rights, poverty. She has researched for companies like CNN and BBC. She has produced many documentaries including being Associate Producer for with True Vision on ‘ Orphans of Inkandla’ which won her a BAFTA . Xoliswa was the South African Producer on the ‘Oprah Winfrey Leadership Academy’, she then produced a documentary on Madhiba called ‘projek mandela’. ‘South Africa’s Lost Girls’ and Zimbabwe’s Forgotten Children’ shot entirely undercover which won her a Peabody and a BAFTA. Xoliswa Sithole has been working on an on going project called ‘Child of the Revolution’. 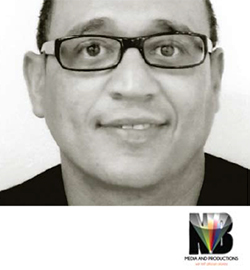 With over 20 years of experience in operations, management, marketing and media production, Noel is a successful creative entrepreneur who knows no boundaries to success. He has produced a Documentary on the History of Film in KwaZulu-Natal. The documentary film was used to launch the KwaZulu-Natal Film Commission at the 2012 Durban International Film Festival and Durban FilmMart. Noel has also written and developed a number of concepts for feature films as well as television programmes, which he is currently producing. Currently Noel is in production of an edutainment television series entitled Code Green, soon to be launched on National television. Noel is responsible for the strategic operational management of the production process as well as liaising with broadcasters and reporting to funders. 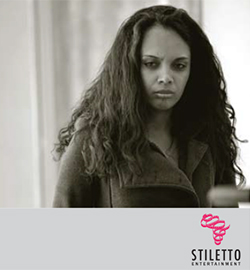 Tracey-Lee Dearham is a TV producer and writer. Her individual experience includes a range of productions such as the award winning travel show Sho’t Left, directing the highly acclaimed documentary series ‘Breaking New Ground’ and co-developing the crime series Mshika Shika. Tracey Lee is a Thomson Foundation Fellow having trained at UK based Channel 4. On her return to South Africa, Tracey-Lee joined South Africa’s National Film and Video Foundations writing program and has since completed the Masters Program in script editing. Tracey-Lee has served as Council for the Writers Guild of South Africa, is a proud member of the South African Documentary Filmmakers Association and the Association for Transformation in Film and Television. She is the preferred South African Producer for a range of international companies. 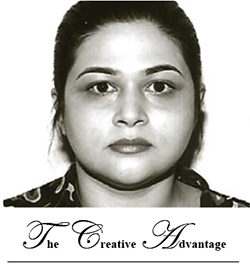 Nisha has more than 20 years experience in the local and international film and television industries. She has worked with clients and companies in the media industries in Southern, West and East Africa, Europe and North America in the public, private and development sectors. In 2003, Nisha founded The Creative Advantage, a specialist business consulting, skills development and production company. Nisha’s qualifications include an MBA Degree from Manchester Business School in the UK, with a specialisation in the Business of Entertainment from the School of Cinematic Arts and Marshall School of Business, University of Southern California, in Los Angeles; and a Masters of Fine Arts Degree in Film and Video Production from York University in Toronto, Canada. 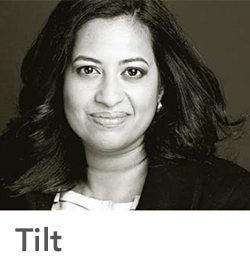 Sumitra is a multi-platform content producer and has worked in radio, print and TV for more than 15 years. She is the founder and managing director of Tilt Productions, a production company which specializes in producing documentary and factual content on business, economics, entrepreneurship and finance for local and international broadcasters. Tilt produces educational and commercial content for corporate companies and broadcasters. It also offers media training for corporate executives. Sumitra has created content for SABC, CCTV, Summit TV, ETV, Forbes Africa, Talk 702, kaya FM and Discovery Health. 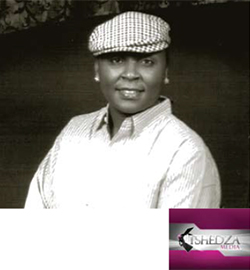 With a Bachelor of Arts majoring in Psychology and Sociology from the University of Pretoria, Takalani was drawn to the television industry quiet early in her career path and ever since she has been hooked on telling stories. Takalani started as a production assistant / manager at Summit tv, a business nesws channel. Worked at various production houses until she started producing at Dzuguda Productions for 5 years, where she produced more than 2 handful TV series and corporate productions. Takalani found the urge to start her own company and craft her own work more compelling and achievable. Tshedza Media was then born. Since 2011 Tshedza Media has been in production of several documentary series that cover youth topics, political landscape in South Africa and a presenter-driven travel show.