Jonathan Barker, CEO and president of SK Films updated and added depth to his analysis of trends across the ‘Giant Screen Museum Market’ which we published after MIPDoc 2013.

1. Projects that are originated for TV channels and then reformatted for GS are unlikely to work because GS has to be conceived as a theatrical experience.

2. Producers must understand the unique audience for GS:

3. You have to make a film that works for all projection systems: domes, 3D and GS:

4. Films sell on title and topic: 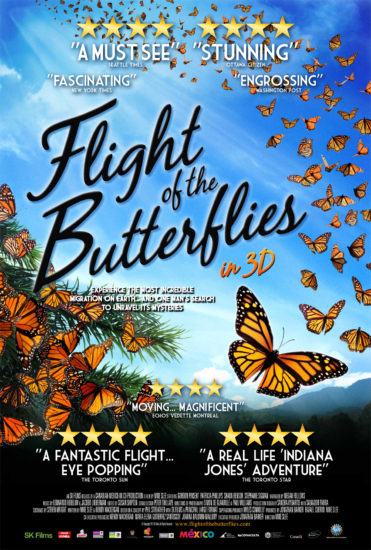 5. The biggest challenge is marketing:

7. The economic model is changing in two areas:

CASE STUDY: Flight of the Butterflies
($US)

Our Takeaways from Sunnyside of the Doc 2012:

This unique niche generates remarkable box office receipts for a handful of long-running hits. Although these box office #’s are not fully verified, and noting that the US generates a (diminishing) share of the worldwide grosses, here are the All-time Top 5 domestic GS box office hits (US millions):

Don’t miss our panel on Giant Screen docs at Asian Side of the Doc, in Chengdu!