I’m very excited about moderating a conversation about the BIG TRENDS in Science Media at the SMASH Conference in Boston next month.

Here is the presser from the Jackson Hole / WGBH team behind SMASH: 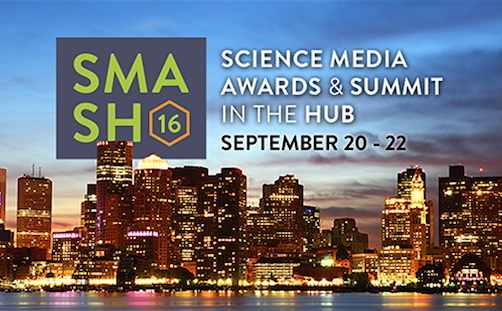 As the curators of the Science Media Awards Summit in the Hub (SMASH), we believe storytelling is a common thread in our shared human experience, and that new media allows us to convey the wonders of scientific discovery in new and compelling ways.

There has never been a more important time in scientific discovery to communicate science to public audiences. That’s why we created SMASH.

Here are the highlights of September’s upcoming conference.