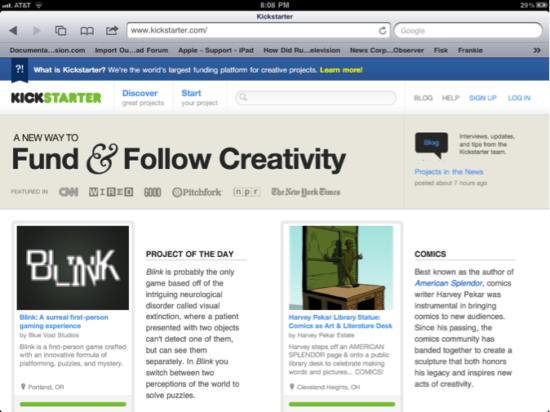 Funding a Documentary? Learn the secrets of a Kickstarter documentary campaign from a DocumentaryTelevision.com case study.

The Plimpton! Kickstarter Case Study is based on several conversations and email exchanges with co-producer -directors Tom Bean and Luke Poling. This is a 3-part crowdfunding case study and tutorial:

Crowd-funding is earning a lot of attention as a financial strategy for documentarians and independent filmmakers.

But does crowd-funding work?  And how does it work? We chose to shed some light on this fast-changing niche by writing up a Case Study on a stylish feature documentary about the legendary American adventurer and writer George Plimpton.