This is a collection of Stephen Harris’s highly original ‘Best Practice’ observations about reality television from DocumentaryTelevision.com.

The consistent message is: How producers can improve their chances at earning and then winning pitch meetings for their reality TV show ideas with commissioners of reality television series. 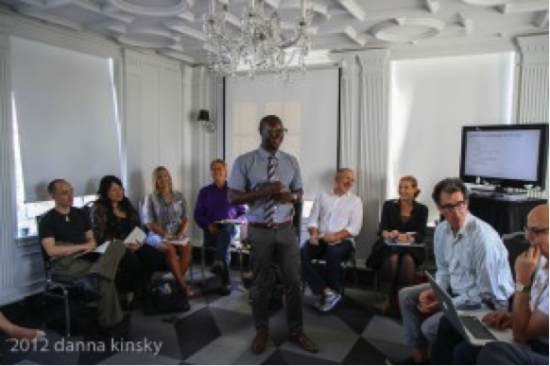 Stephen is a senior television executive and producer who has successfully developed and supervised Reality television and other categories for multiple U.S. channels.

Peter Hamilton’s DocumentaryTelevision.com regularly partners with Stephen on workshops and publishes these presentations in our newsletter. The highlights are republished here, with links.

What is the chance that a reality television pitch to a US network developer will make it from concept to series? That question was an attention-grabber at our Westdoc Workshop 2012.

My Westdoc Workshop partner was Stephen Harris, the LA-based producer and veteran network development executive (A&E and TLC). I asked Stephen to share his workflow as a network program developer and to estimate the ‘pitch survival rate’ at each stage of the assessment process. 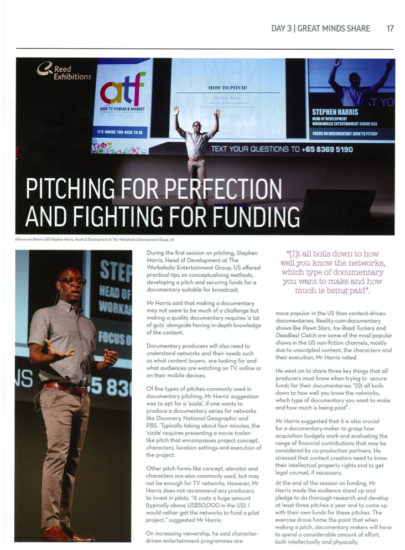 • This is a view of reality TV from 30,000 feet.
• It covers character-based reality and unscripted series rather than single docs. But those odds are at least as daunting!
• Stephen cautions that workflows vary from developer to developer and across networks.

Sign up here to receive DocumentaryTelevision.com and buy exclusive studies on documentaries and reality television here.