Here is the big highlight: Discovery Networks is back!! 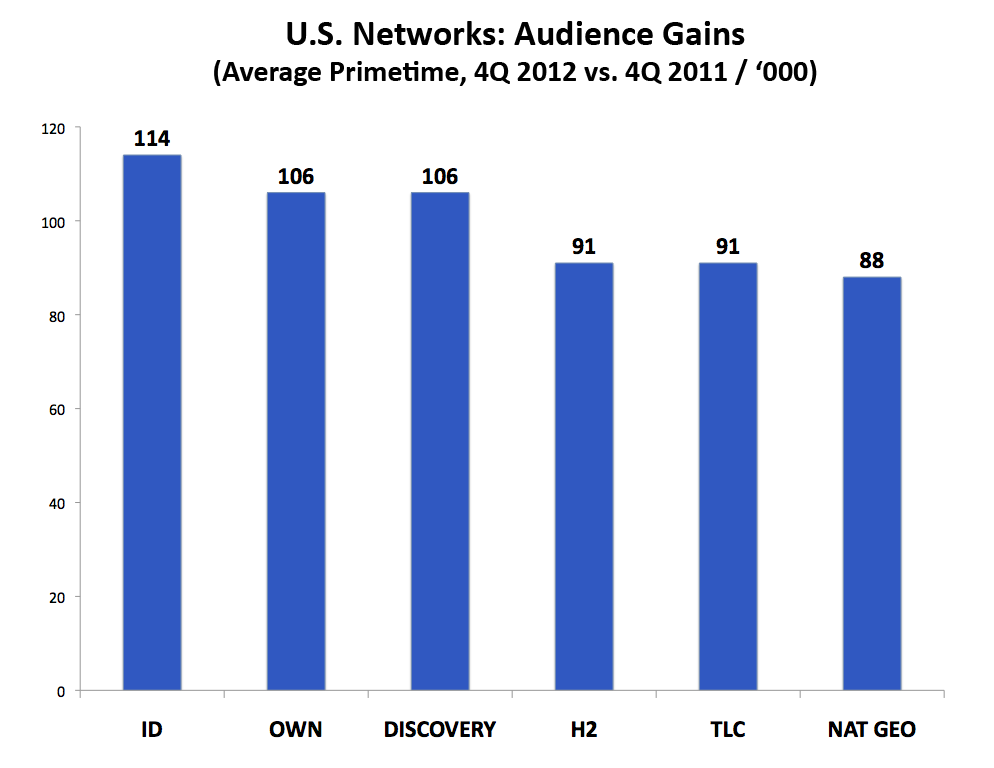 Our quarterly, high-level snapshot is prepared with the assistance of John Morse, president of leading research firm Byron Media.

The channels in our sample with the largest audiences  (‘000): 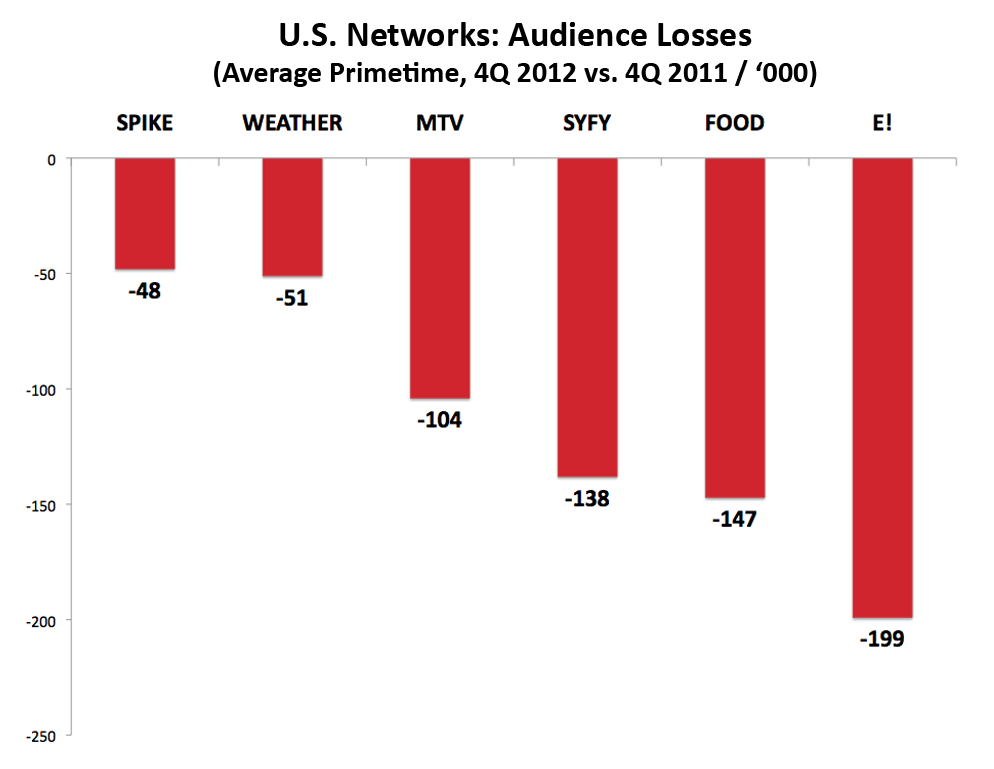