Realscreen Summit 2014 was a smashing success, at least for me. Why?

This year Realscreen moved to the Washington Hilton, where there was plenty of seating space, and this made it relatively easy to carry on a comfortable meeting.

We used to call it “Real Scream” because there were so many glaring matches and even chair fights in the cramped public spaces. No more.

Congrats to the Realscreen team for managing a successful step up!

The unscripted marketplace is now mature, and therefore well-organized.

There were years of mixed messages as the soul of Realscreen shifted from content-rich docs, strands and limited series to reality programs based on big, loud characters.

Now, producers by and large know what and how to pitch. And networks give more direct feedback.

It’s not an unruly stampede anymore.  I’m revealing my Aussie family roots here, but it reminds me of a bustling woolshed, where producers give up their ideas, and networks classify them for development – or not! 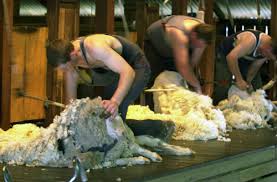 And as I have noticed in the shearing shed, it’s not the sheep that have the leverage.

But aside from the reality TV boom, there were many networks, producers and foundations at Realscreen who made solid progress with their content-rich and even mission-dedicated projects.

I produced a sold-out Master Class on how networks use audience research tools to evaluate concepts and track performance.

He summarized his team’s role as:

My general Takeaway from Brad’s presentation is that producers must work hard at getting access to the research that will focus their pitches and give them an edge.

You can read more about Media Predict here.

Cannes, April 5-6, 2014
Panel: How to Get the Funds: Co-pro’s and Foundations
Interview: Louis Vaudeville, CC&C Paris: The Apocalypse Franchise