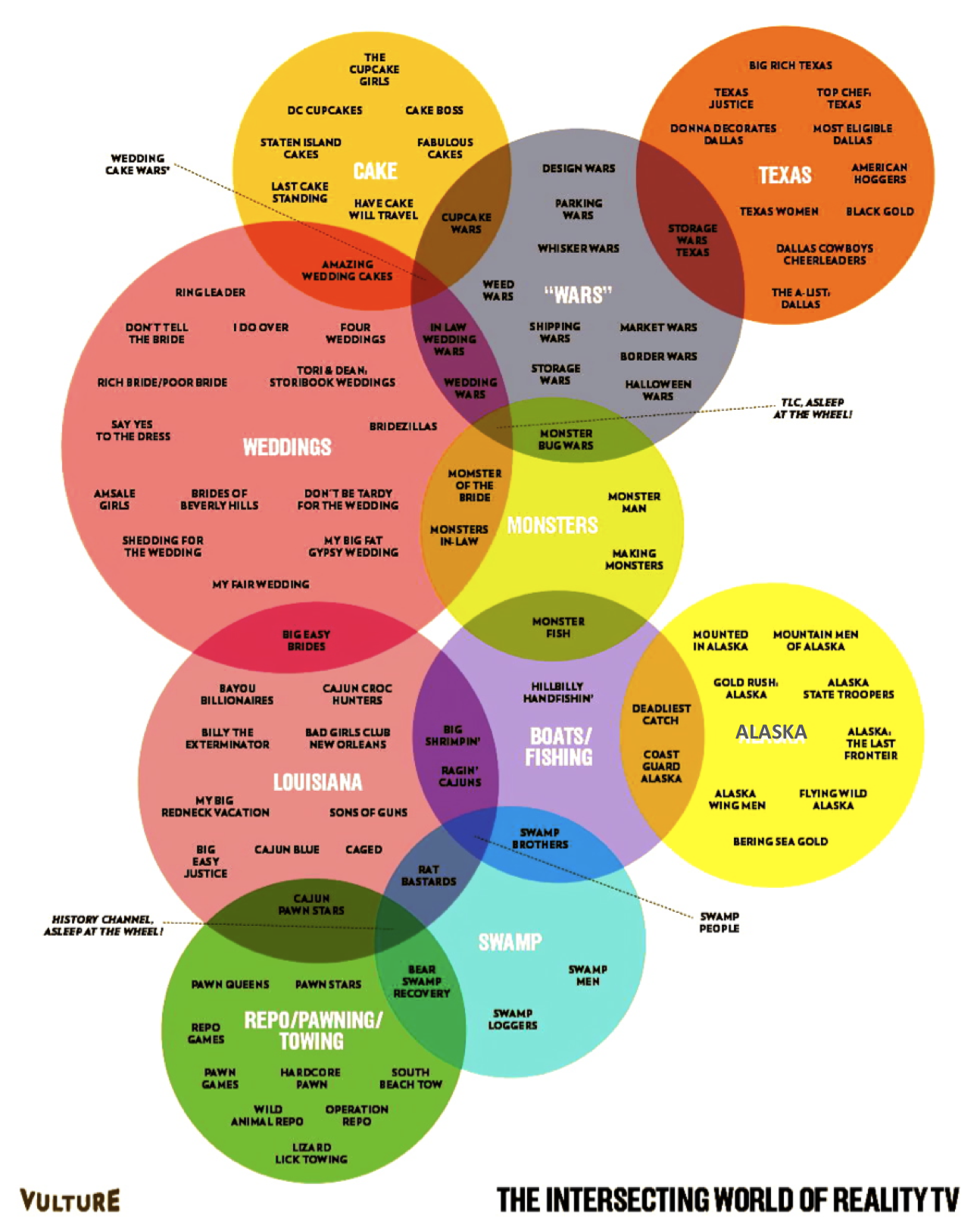 In his keynote at the AIDC Conference, Nat Geo Channels CEO David Lyle set up his original chart on the evolving unscripted landscape by sharing Vulture’s ‘The Intersecting World of Reality TV’, which we are reposting here.

Reality TV is reduced to 10 categories by “Vulture” in an amusing but instructive chart that we came across in the website Blame It On The Voices.

One thing is for sure: this will all look very “early two thousand and tens” after our world is upended by the next wave of concepts, formats and platforms.

Here again is the link to the Venn diagram, 10 categories and 100 +/- shows, with thanks to the authors!