A highlight of the AIDC Conference in Adelaide was the ‘Big Chart’ presented by Nat Geo Channels CEO David Lyle in his keynote. 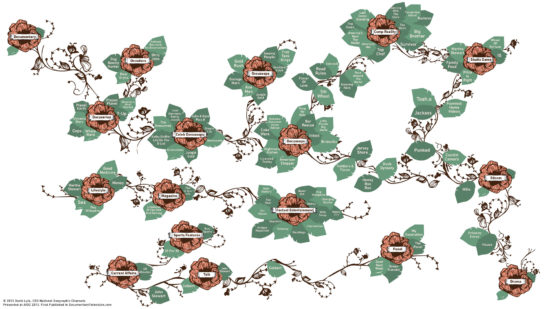 His graphic addresses the evolving landscape of nonfiction television entertainment. It shows how formats and sub-genres are being forever blended and hybridized into new categories.

When we caught up with David Lyle after AIDC, he added:

BTW,  David Lyle shared his very individual career path under my questioning before launching into his keynote address. It proves the rule that TV execs come from all places and backgrounds.

The cv highlights that most interested the Adelaide audience were:

The Rise & Rise of ‘Pawn Stars’ and Leftfield Pictures
Analysis of the key success factors for History Channel’s breakout hit show and the hot production company that created it. Read more here.

Crowd-funding for Documentaries – Case Study: Kickstarter & Plimpton!
Learn the secrets of Kickstarter from a successful documentary fundraising campaign. What is the expected payoff?  How much work is involved? Read more here.