Mary Meeker is a super-analyst of the Internet Economy.

Her presentation at the annual Code Conference has earned cult status. Her predictions are followed by industry participants with such intensity that she reminds me of an ancient oracle. Not that I met one.

Here are the slides that caught my eye: 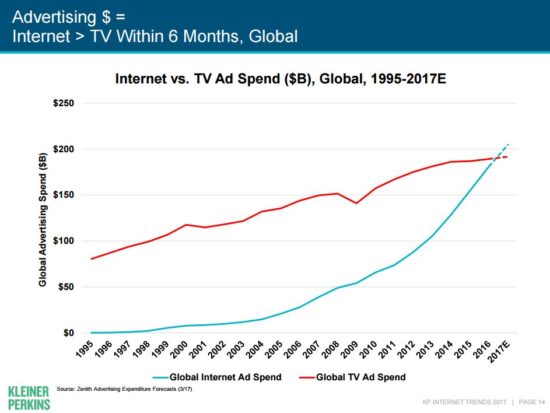 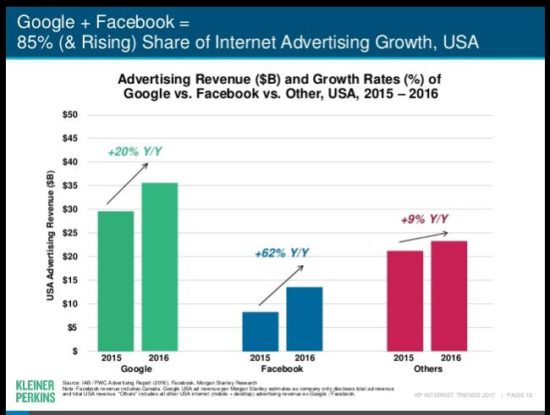 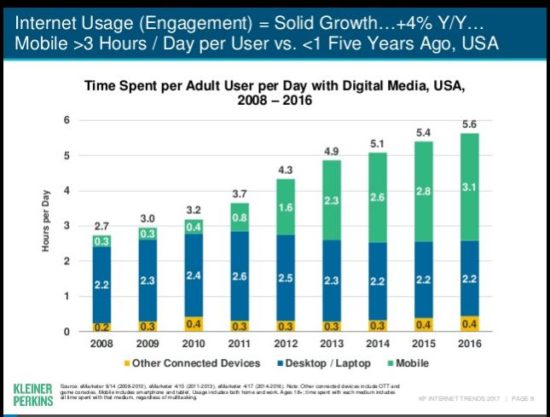 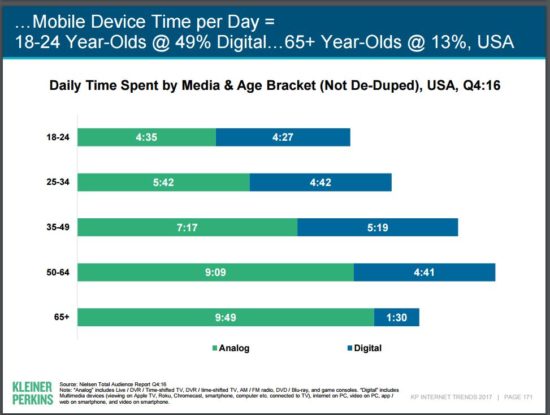 5. And that’s driving a tipping point in Mobile’s dominance of online ad spend: 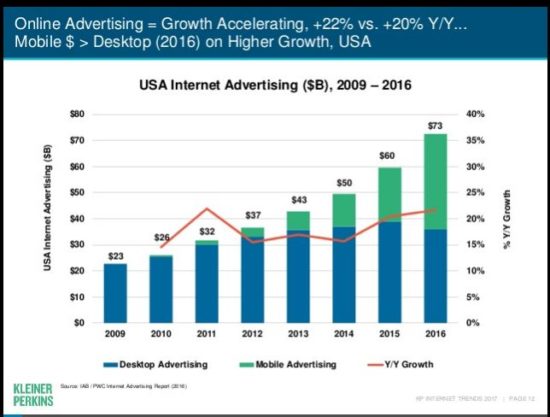 6. Netflix is the catalyst of the shift towards an Internet-driven video industry 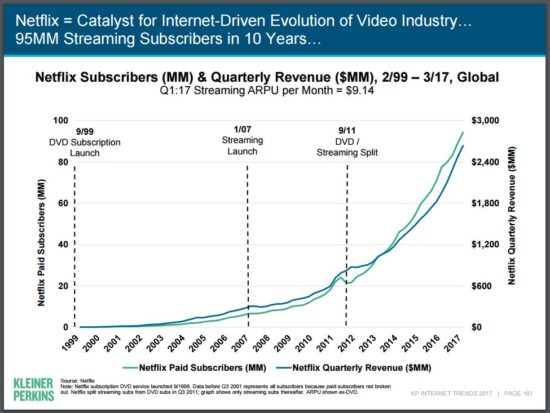 7. China: Media consumption is both expanding and shifting rapidly to online versus TV, print and radio 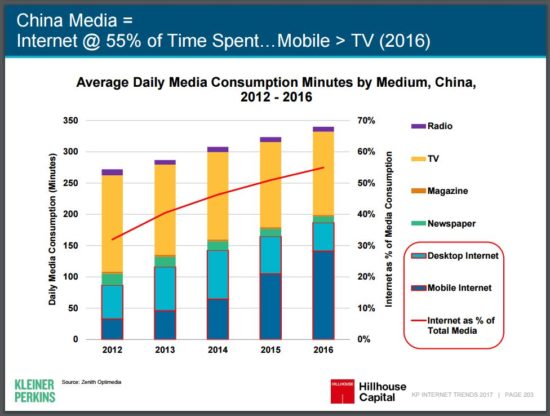 SVOD, SVOD and SVOD!
Increasing demand for content, increasing competition.
The viewing trend of Free To Air and satellite channel audiences getting older and fewer is the same as in the rest of the world, but in China with such strong state support for national, provincial and municipal channels there is not the same commercial pressures, so this means every broadcast model is still viable.
With such a large and diverse population, China has space for multiple new SVODs for factual content.
I’m in Shanghai for the TV festival. Demand for high quality docs here is strong, lots more options with Internet channels working and co funding with FTA’s more closely to maximise audience. It’s an incredible market, always evolving.