Greg Boustead is director of Science Sandbox, a portfolio of strategic grantmaking at the Simons Foundation, focused on outreach and engaging new audiences with science.

He shared his strategy and grant-making process at Sunny Side of the Doc’s Science-themed Meet The Executive session.

We are publishing Greg’s very informative session as a podcast, though without clips and PPTs that he presented.

Greg is the founding executive producer of Sandbox Films, an independent documentary film company with a philanthropic / commercial hybrid model.

With a background in neuroscience, film, and journalism, Greg has dedicated his career to bringing sophisticated science content to general audiences, across many platforms.

His film credits include the feature-length documentaries: THE MOST UNKNOWN, co-produced with VICE Media and released by Netflix in 2018; and HUMAN NATURE, co-produced with Dan Rather’s News & Guts Films and being released in cinemas in 2019.

Greg attended Sunny Side with his colleague Jessica Harrop, Supervising Producer of Sandbox Films. They are based in New York. 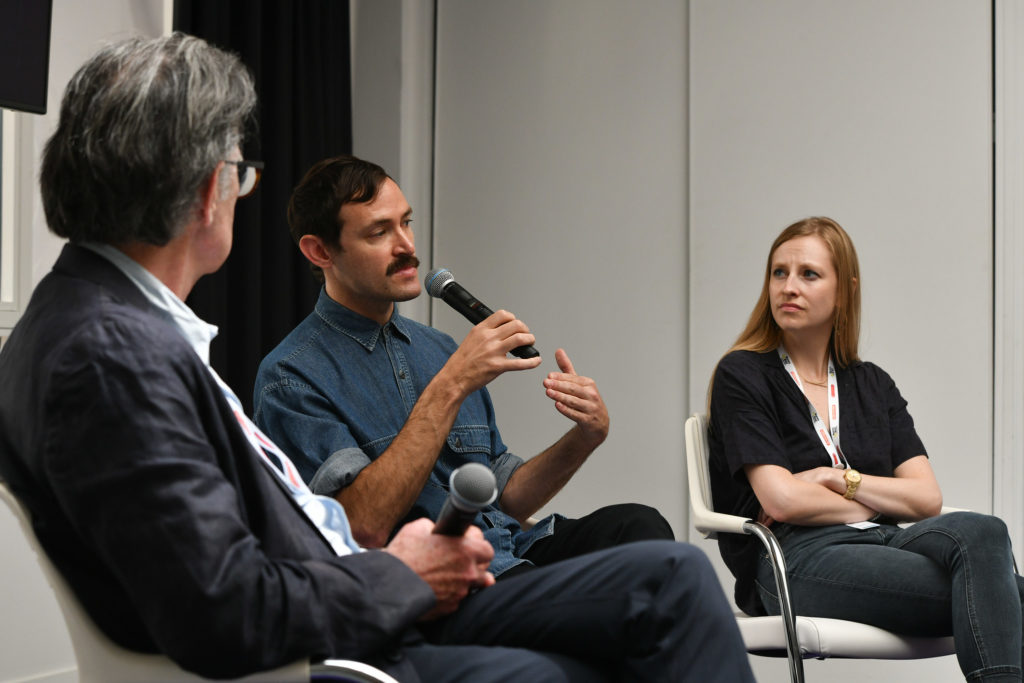 The Sundance Institute, continuing its partnership with Science Sandbox, has announced nine new award recipients for 2019.

These science-focused independent filmmakers will receive creative, financial, and production support, in addition to access to the Sundance and Science Sandbox communities through networking events.

Launched in 2018, the Science Sandbox Nonfiction Initiative aims to elevate the voices of independent artists working at the intersection of science and nonfiction storytelling, as well as to encourage critical thinking, promote educated discourse and highlight the overlap of science and art.

The nine recipients of the grants are:

More information is available via the press release, and on the Sundance/Science Sandbox partnership page.

Science Sandbox offers support to projects at all stages of development, production, post-production, and impact campaigns.

Listen to all the Sunny Side Meet the Executive recorded presentations.  Learn what the buyers and funders are looking for, and how to reach them: