Pitching skills are as important as the concept and content when it comes to attracting funders.

We asked writer and speaker Fernanda Rossi to share her practical guide to creating a successful video pitch.  Fernanda is author of Trailer Mechanics: How to Make Your Documentary Fundraising Demo.


1. What’s in a name?
No matter what you or other people in the film business call it—whether demo, sample, trailer, taster or sizzler—the function is more important than the name: think of it as an audiovisual pitch for fundraising, and throw away the dictionary.

2. Making sense
Make sure the demo is consistent in content and style with the rest of your proposal, meaning the written materials and pitch. Whatever the proposal says, the demo must demonstrate—fully.

3. Marketing vs. fundraising
A marketing trailer needs to convince lots of people to spend 90 minutes and US$10. That’s why it looks like a movie-preview-meets-music-video. A fundraising demo needs to persuade very few people to spend several years with you and many thousands on your project. That’s why it looks more like a short-without-an-ending. Yet crowdfunding demos merge the two. 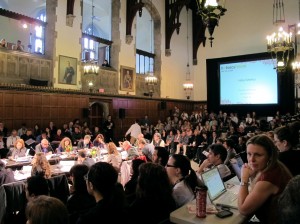 4. Ticking clock
A demo or work-in-progress can range from 1 minute to 20 minutes in length. Shorter versions are mandated by pitch forums, ideal for first meetings and online crowdfunding. Longer versions are suitable for follow-up meetings and requested for some grants. The circumstances will determine the length of your sample.

5. How to open it
The opening of a fundraising demo conveys premise, who and what. It’s not the opening of the actual documentary—no long credits or moody slow panoramic shots. To the point, right away.

6. What to put in it
A fundraising sample has complete scenes as opposed to a fast-cut assortment of provocative sound bites and images. The purpose of a demo is to convey the essential points of your story and that you’re a good storyteller, not to prove that you have a great editor and tons of fancy software to do effects.

7. What to avoid
Montages or scenes cut to music, as well as beginning-to-end music and narration, are often used when a story doesn’t work well on its own. Don’t let any element overpower the demo.

8. To write or not to write
Slates with long and frequent explanatory text and fades to black are not as necessary as you might think. They make a demo look like a PSA (Public Service Announcement). Delay including them until there is no other option. Then use sparingly and, if possible, integrate text with image. Plus, catch those typos!

9. How to end without ending
A demo has an open ending, called a cliffhanger, which hints that there is more to the story. If the trailer offers proper closure to the prospective doc, then it’s a short film. You’ll be told it’s fine as it is, no need to make a longer film.

10. How not to end
A cliffhanger can create great expectations. Do not kill that emotional high by adding final credits or contact info or begging for money. That’s what your other materials are for. Let the viewer be moved and motivated to call you.

10.5 Do something
If you are the type to sit on your demo, do something. If you’re the type to send your sample to every living soul, scale back. A demo is part of an overall strategy. Have a plan!

What I like about your presentation is the premise captured in its final sentence: “have a plan”.

Too often, filmmakers think that being creative is enough. However, successful films are perhaps based on two “plans”, one that’s creative (how to tell this story, i.e. its screenplay) and one that’s business (how to obtain financing and distribution).

Do documentary filmmakers often start with a premise and then try to film it or do many only discovering that there’s a more interesting angle when they start to review and edit footage? If it’s the latter, the film may end up being more compelling than the initial pitch for funding.

Agreed with David, a PLAN – and follow it, is important. Same as the name, and the balance of creativity-business. Cool samples also.

There seems to be some wisdom in each of Fernanda Rossi’s ten points.

But if you follow the first link to an example you will find a total mess of pitch that has a split personality…two completely different subjects not tied together through one person who is enigmatic because of his flamboyant costumes. His search for the connection between a deceased American of modest means and the Duke of Hungary is totally without weight or importance. The pursuit of the chilvary? making peace with a father dying of Huntington’s who may have killed himself.

It is not the “cliffhanger” Rossi prescribes, but confusing story lines that do not reinforce each other. Too much, too loosely connected to attract real money, and what might have been a search for meaning before life runs out became more about the choice of neckties and playfulness.

What might have been a fascinating juxtaposition of personalities and subject areas was scattered and trivialized instead of bringing the audience to some new level of possibility, some feeling or idea they had never experienced. What we see is just eccentricity for its own sake and confusing as hell. I think the filmmaker knows this
combination of subjects might be fascinating, but is not aware of how to take us there.

The other link similarly is a failed trailer. Boring. No stakes.

Perhaps we have here an academic making thoughtful recommendations with no eye or ear for the real thing.

Thank you for your feedback. You make good points. As a writer and story consultant [even though I do research to update my work, I’m not an academic] my job is to help my clients realize their vision, regardless of my opinion or “what I would do if I were them”.

The ultimate proof is whether a demo or not raises money in the film market. Both demos did. In retrospect, based on your comments, I realize that out of the hundreds of demos I have worked on and were successful in fundraising, I should have chosen the ones that had a more traditional structure.

Once again, thank you for your input and don’t hesitate to contact me if you have further comments.