Sylvie Peltier is president of LaDiDa Media, an experienced Vancouver-based factual producer who has been working with Canadian channels.

Sylvie decided to expand her horizons by attending MIPDoc. She was looking for international pre-buys and co-productions, as well as for opportunities to refresh her Canadian contacts.  Sylvie engaged us to help develop and execute LaDiDa’s MIPDoc marketing strategy. 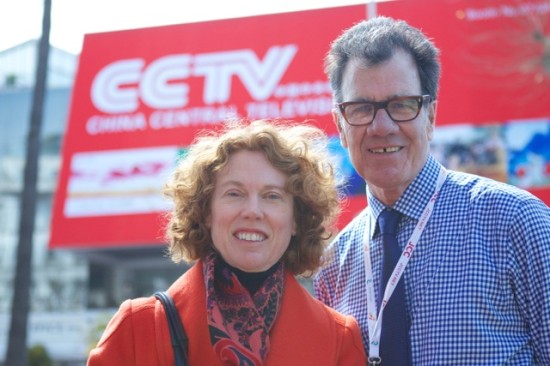 Sylvie Peltier & Peter Hamilton in front of the CCTV banner that
dominated the entrance to the Palais. Photo: Greg  Nosaty

1. “Access: We met with numerous senior level programming execs from U.S. and Europe, both socially and in meetings that we often arranged on the spur of the moment.”

2.  “An unexpected benefit was to continue the conversation with our current clients, who are located in Toronto and Montreal. We have always found it a challenge to fly out from Vancouver to Montreal and make appointments just to say hello. As a result, too much time elapses between meetings. It was easy to rekindle those relationships at MIPDoc.”

3. “An exciting meeting was with Pauline Mazenod from Windrose Distribution who showed that she can help get presales and perhaps coproduce for concepts that we are developing, and that hold promise for partial finding from Canada.”

4. “The commissioners’ presentations were really important… for example seeing how far Nat Geo has moved away from its yellow border heritage, but also understanding how eager they are for new ideas both at the U.S. and global levels.”

5. Big Takeaway: “Our brand and reputation took a big step forward just by presenting ourselves in the international market. The commissioners see our production company differently: not so so much as a ‘BC producer’ but as a ‘global producer based in BC.’ ”

Last year CCTV-9 made a big statement at MIPDoc and MIPTV.

This year, the message sent by CCTV’s delegation was: “OK, you all know that we’re an international player, and now we’re getting bigger and better!”

Here’s what we learned (and re-learned) last week about China’s documentary market. 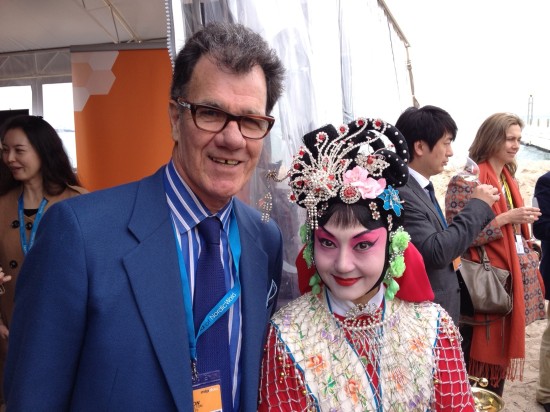